That’s easier said than done. It’s getting cold outside, so the free stuff like walking through the beautiful nature is not that attractive anymore. And of course hockey season started, so no tickets for the cheap hockey pre-season available anymore. Tickets for the Canucks starts from 70$, that’s pretty much.
Buuut no worries. We have a really great alternative for you!!
…….Vancouver GIANTS…..!!!! 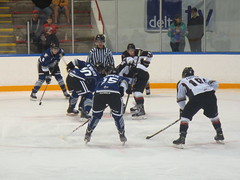 As you can imagine Vancouver Giants are not such good players as the Canucks, but you get an entertainment, which is at least as impressive as a Canucks game. The Giants are playing more aggressive than the Canucks ( could be so much fun to see them “fighting”) and there is more pressure in the stadium.
Get more Giants-information here and buy your ticket for a great game here. Enjoy the game!

Wish you a great Sunday and an enjoyable Thanksgiving dinner tomorrow.

Halloween is soon, so don’t forget to vote for your preferred Halloween Party here.
Aaand join us for our upcoming Portland trip.