Did you guys enjoy this hot summer weekend? Well, the upcoming week won’t let you down either!

Past Saturday we decided to have a BBQ at Second Beach. First we chilled on the beach and took a dip into the ocean once it got too hot in the sun. Chris also brought a volleyball and Laura a Frisbee – they really wanted those bonus points and eternal honor!

Unfortunately, since it was pretty packed, we had to wait a while until we could finally snatch a picnic table at the park to get the BBQ going with our two disposable grills.
At first, we were a bit worried about being able to cook all the food everyone brought but we didn’t have to worry. Those grills worked wonderfully! 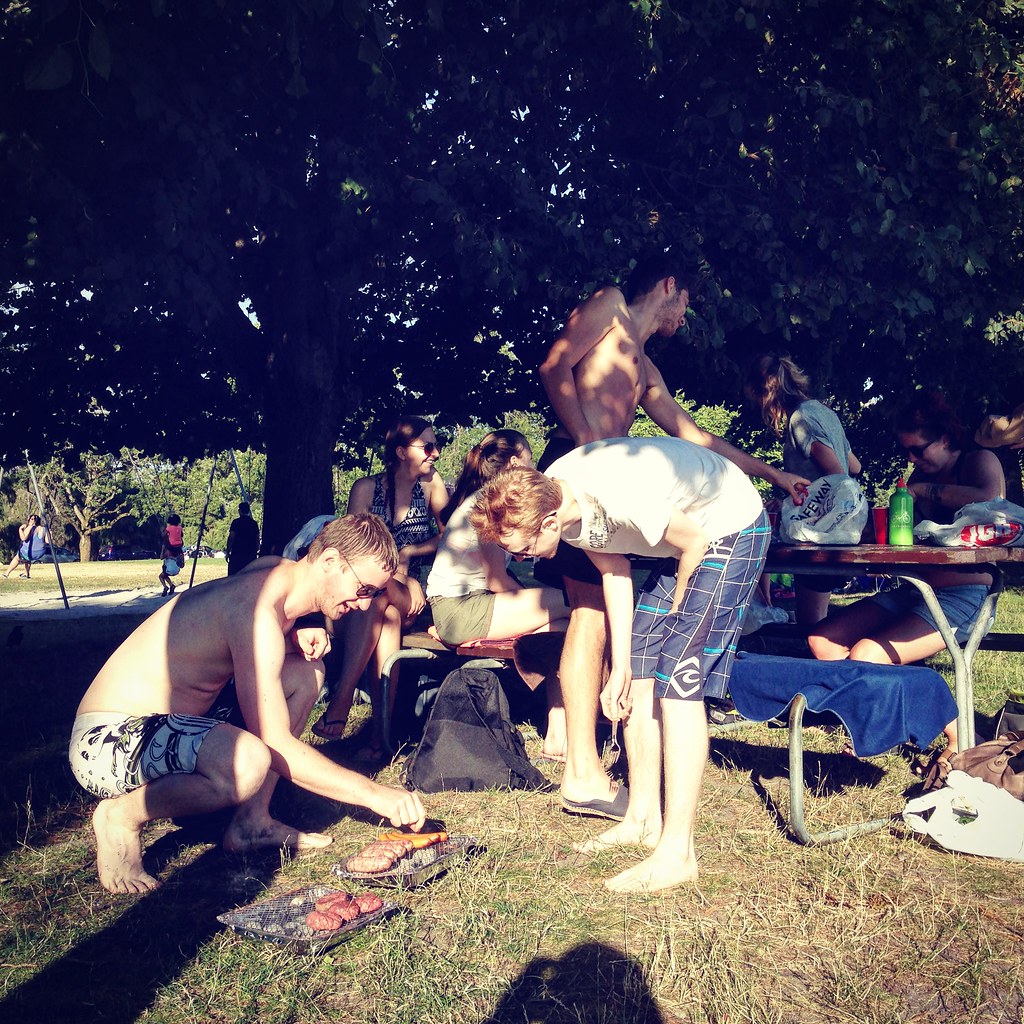 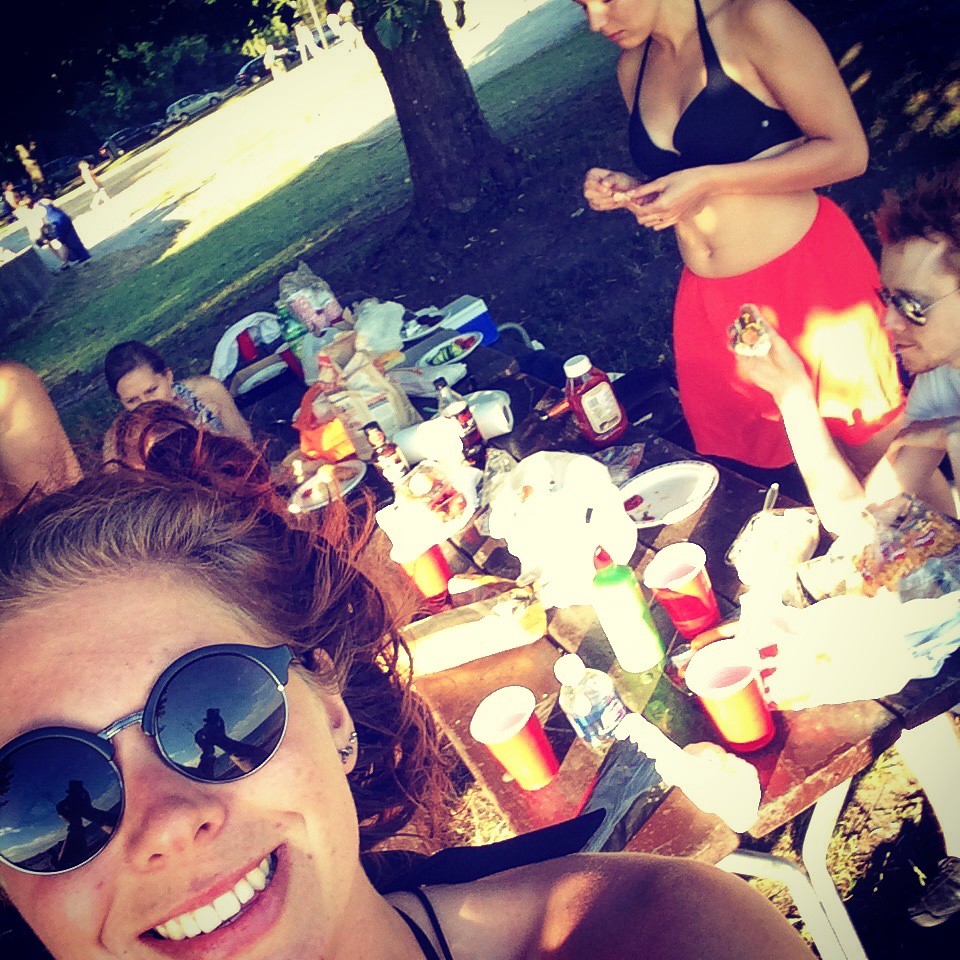 After eating, some stayed at the table to chat, others took another dive into the ocean while another group took the Frisbee to throw around. Eventually, the Frisbee broke into pieces but luckily we didn’t have to mourn its demise for long. More friends who had joined us during the evening had a replacement and the game of catch continued until there was hardly enough light left to see. 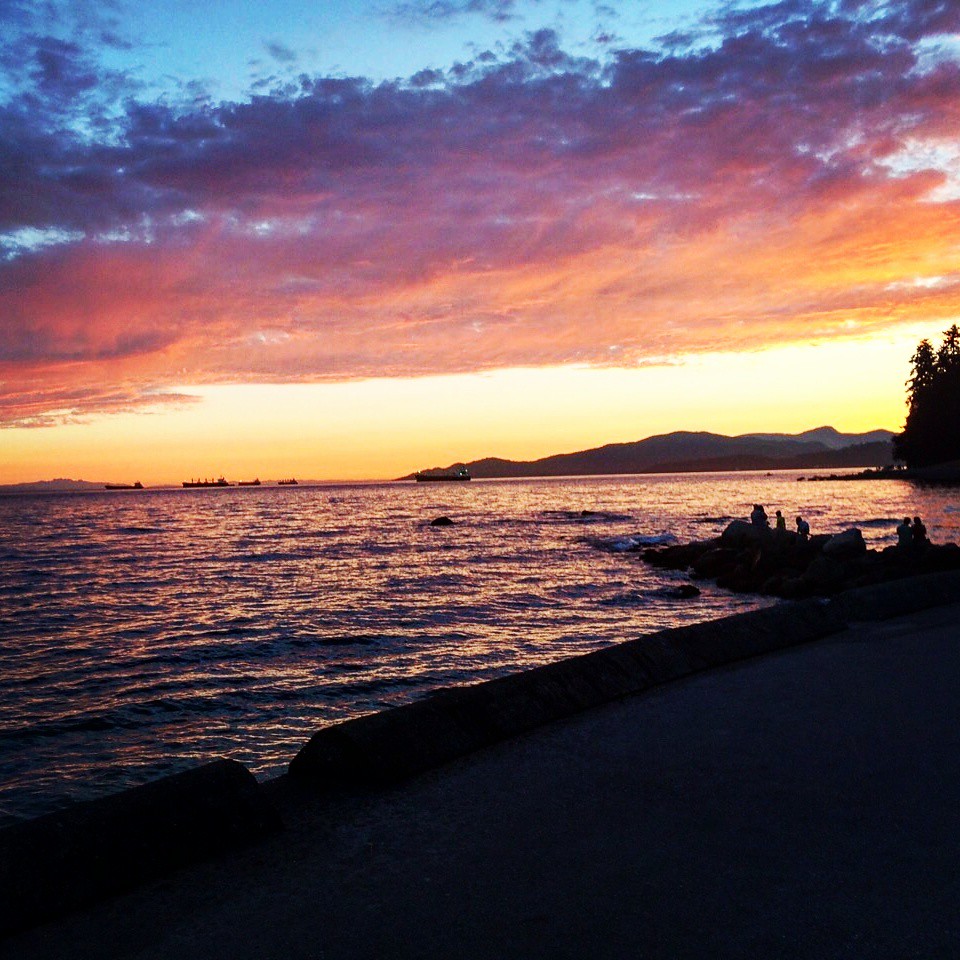 Shortly thereafter, we cleaned everything up and most went home. However, the rest went for another drink at the three brits.

We had a lots of fun this time around and there will definitely be many more BBQs to come.
Look forward to this summer!