We survived the camping trip and have returned as real men and women! After 3 hellish days of 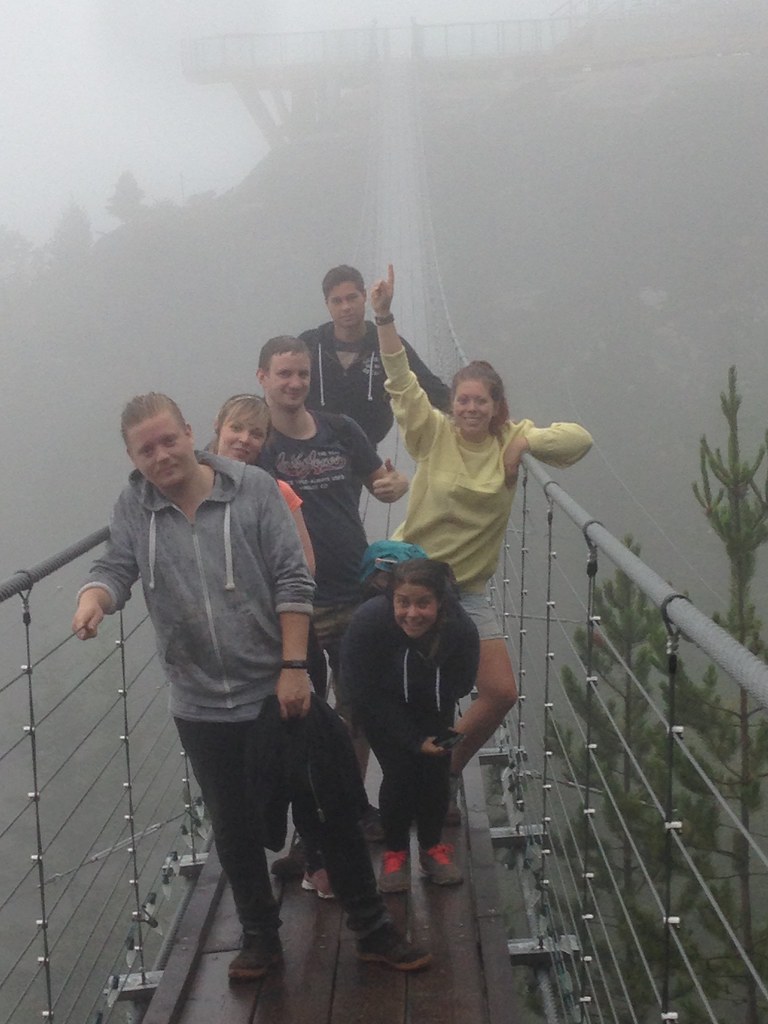 running through the wilderness, foraging for food and fighting bears we….Alright, alright of course I’m kidding!

We had tons of fun though!

Day 1. We arrived at our camping site at around 4:30pm without a hitch – or so I would like to say. Actually, it took us a while to find the hidden passage to our site. But eventually we found it and the place looked amazing! We were also lucky to have a couple of friends bring our sleeping bags and set up the tents. Thank you Michael and Steve!

Finally arriving at our destination we immediately opened our first beer which was long overdue. Then we stowed away our bags and took another look at our location with the view on the ocean. Interestingly enough there was an island right across from us with smoke constantly rising from its forested area. There was even a helicopter or two flying into it. Pretty scary huh? According to our campground ranger, we were safe though – as long as we didn’t start a fire ourselves. Because of the fire ban in place all across BC, we sadly couldn’t have any campfires.

Oh well, we made due with a portable gas grill. We fired it up and made hamburgers and sausages for everyone, eating it together with lettuce, tomatoes, chips and beer. Now that’s what I call a great camping dinner!

Afterwards we kept the alcohol flowing, chatted to get to know each other better (there were some new faces) and played lots of fun games, one of which was called Jungle Speed. That one got really intense! With people falling over each other and a couple of scratches here and there.

We played several more games long past dark until sleep finally claimed us one after the other. 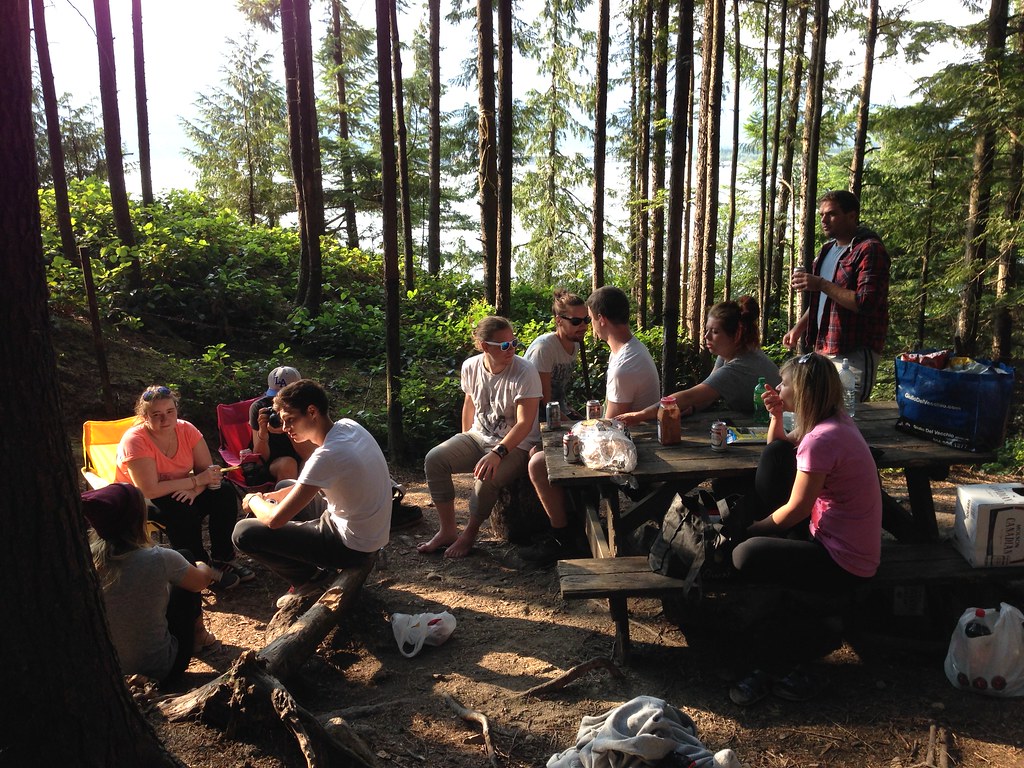 Day 2. We all got up feeling kind of groggy, debating if we should take showers. But who cares? It’s a camping trip! Instead we made an excellent breakfast with bacon and eggs. Oh yes, it’s not a typo we actually had bacon and eggs! Followed by this was making sandwiches in preparation for our hike.

We took off around 12:30, excited to begin hiking and of course that’s when it started raining. Unperturbed, we soldiered on, wanting to complete our goal. What awaited us turned out to be no easy hike. It was set at intermediate level and beginning was really steep!

Still, we moved on and after about 2 hours of rigorous hiking we were rewarded with our first of many amazing views right under the gondola towers. We even had tourist waving down to us from their passing cabins.

Moving on we found the next view further up which was even better because there weren’t any gondola towers and lines obstructing our sight.

And finally! We reached our initial goal of getting to the Upper Shannon Falls. It only took 3 hours! The scene before us was absolutely incredible and definitely worth all our effort up to this point. 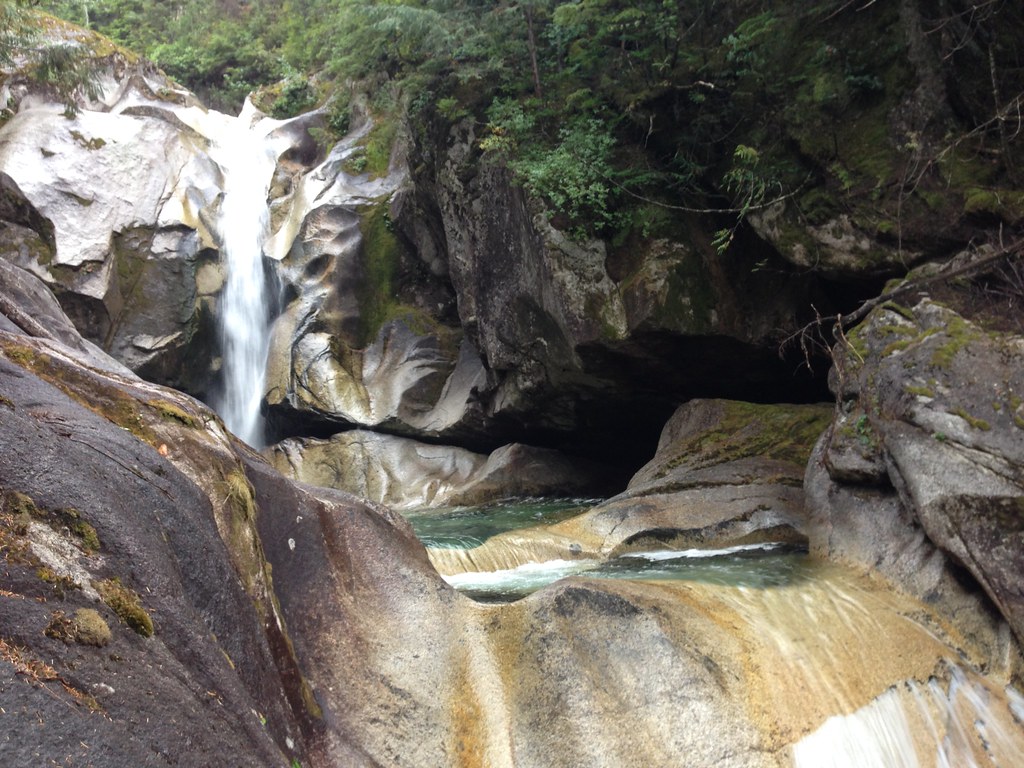 So what now? We had 2 options: Go back down the way we came or continue on the Sea to Summit Trail where the gondola rides end. Although already pretty exhausted we had tasted blood. There was no other alternative than keep going up!

During the next 2 hours of hiking (and the occasional climb) we were able to enjoy a couple more breathtaking views down onto the ocean before we reached the top, at last. Mission accomplished!

We rewarded ourselves with coffees and hot chocolates before returning to the camp. This time we took the gondola though.

Back at camp what we needed was beer, a shower and food. In exactly that order!

We fired up the grill once more to finish most off the food we had left, but leaving enough for breakfast the following day. 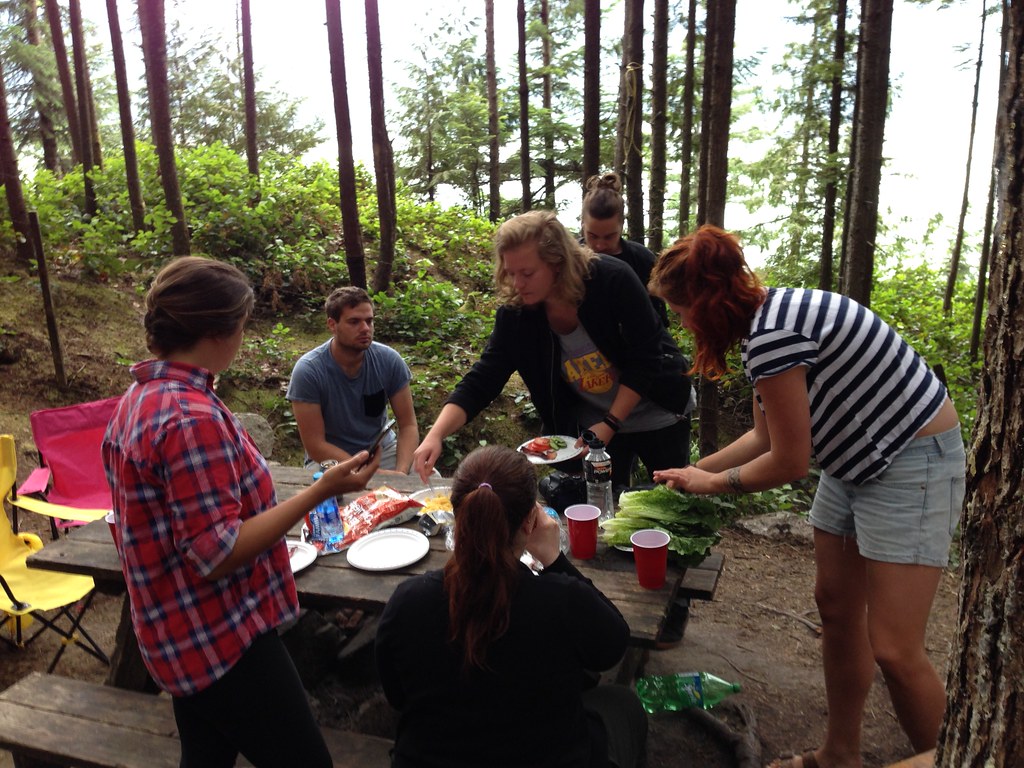 We had also stocked up on more alcohol earlier since we had been running low.

Now all set we were ready to party again! After a little while it seemed the rain really had it out for us because it began pouring once more. In defiance, we quickly decided to move to one of our 4-person-tents and managed a squeeze 9 people in there!

When the clock struck 12 we had yet another reason to party. That night we celebrated into Laura’s birthday. We had a hilarious time!

Eventually, we ran out of booze and sleep took us again soon after. We also had to get up quite early in order to catch our bus at 11am.

Day 3. The next morning we packed, fired up the grill one last time for bacon and our leftovers and made our way back home to Vancouver.

We left no trace of this amazing camping trip except for what was etched into our memories.
Thanks to everyone who came along. It was truly awesome!