Ever wondered how it would be like to change places with one of those video game characters in first-person shooters?
Well then, join us for Laser Tag tomorrow! Instead of going to a bar we’ll be playing Laser Tag at Planet Lazer in Richmond. Their arena has 3 levels with a total of 16,000 square feet making it the largest Laser Tag arena in all of North America. It has even won several awards for best designed and best interactive arena. 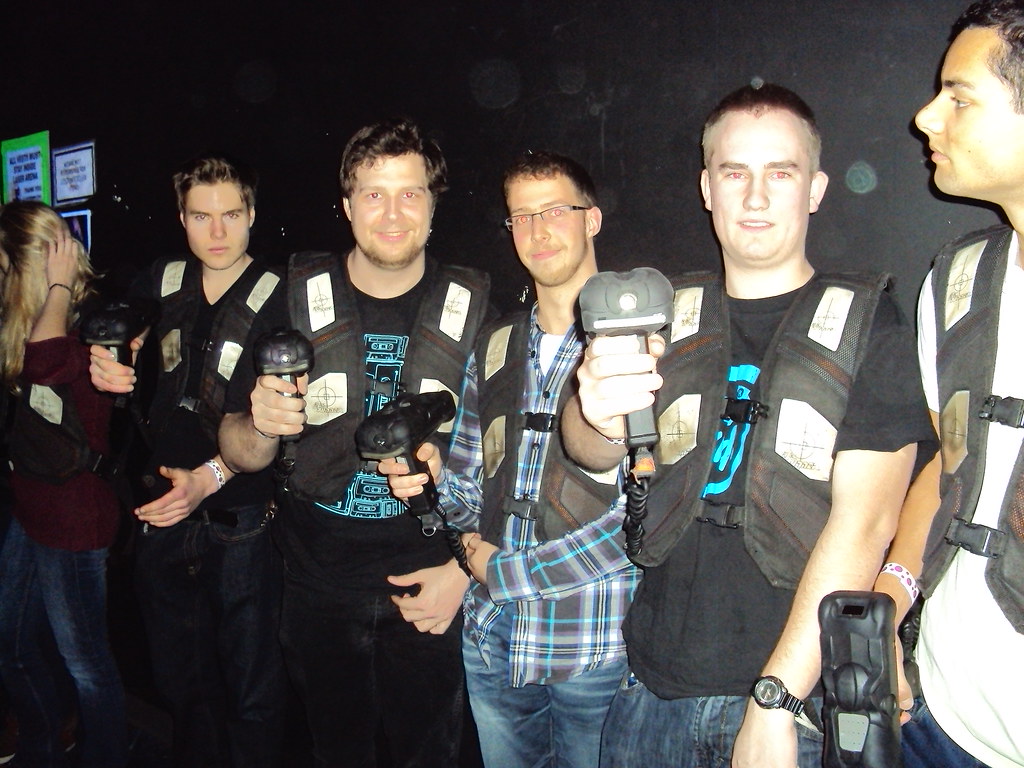 We’ll be meeting at 6.30pm this Wednesday, August 19th in front of Waterfront Station.
From there we’ll take the SkyTrain down to Richmond Bridgeport Station and take Bus 401 or 403 (depending which one we’ll get) to Planet Lazer.

The arena has weekly specials and Wednesday is the pay-one-get-one-free day. That means we can play 2 games for 9$. Every game is 20 minutes long but be warned it can get quite exhausting. Still we’ll try to get in 4 games, so make sure to wear comfortable clothing. Closed shoes and a T-Shirt would be best (no tank tops!) and bring something to drink as well. We don’t want anyone to become dehydrated.

It will be lots of fun and we hope to see many of you there!