The last four weeks of 2015 have been starting and that means it’s time for us to start reviewing the highlights of this year. Within the next four weeks we will weekly publish a ‘highlights of the year review’ in which we’ll summarize the four quarters of 2015 full of awesome activities. I’m sure it’ll be quite a lot of fun remembering all the crazy and awesome trips, events and PUB NiGHTS we had planned and experienced with people from all around the world. So DON’T MISS this time journey through 2015.

Among others we checked out several restaurants and pubs such as The ROXY Burger, Star Wings & Ribs, the Noodlebox and The Famous Warehouse.

The very first day in January the Vancouver Canucks started in their second half of the season 2014 / 2015. The excitement was obvious all over town! As you probably know, hockey is huge here in Canada. 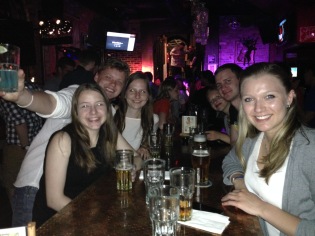 Besides of going to several good known restaurants and pubs such as The Old Spaghetti Factory, The Morrissey and The Black Frog we also didn’t miss the Super Bowl. It’s THE BIGGEST sport event in the world. This year the Seattle Seahawks played against the New England Patriots in Arizona and therefore we met up to watch the game together. The American Football Conference (AFC) champion New England Patriots defeated the National Football Conference (NFC) champion Seattle Seahawks, 28–24, to earn their fourth Super Bowl title. We actually cheered for the Seahawks since Seattle is so close to Vancouver and the folks there are so similar to those here in Vancouver. Friendly, openminded, helpful, honest, interested, cosmopolitan, … Anyways the win was pretty close.

As the cherry blossoms and many other flowers filled our streets, parks, and yards with pink confetti, March arrived and by association spring. And as always there was a lot going on in beautiful Vancouver. 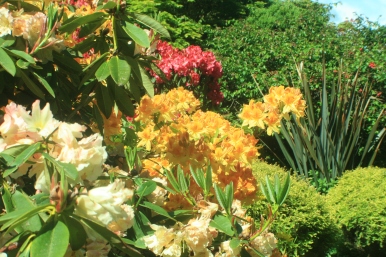 Vancouver hosted the 37th Vancouver International Wine Festival and an International Dance Festival. Our INTERNeX group regularly met up for our weekly PUB NiGHTS. We decided to have a look what other pubs have plenty to offer. So we took our new arrivals to pubs like the Manchester Public Eatery, The Bismark, The Doolin’s and the Yaletown Brewing. Of course we also had to show them Blarney Stone.