It’s Monday, so sadly the weekend is over. I hope you are all doing well and enjoyed the extra day off. Here is a little recap of what happened over the weekend. 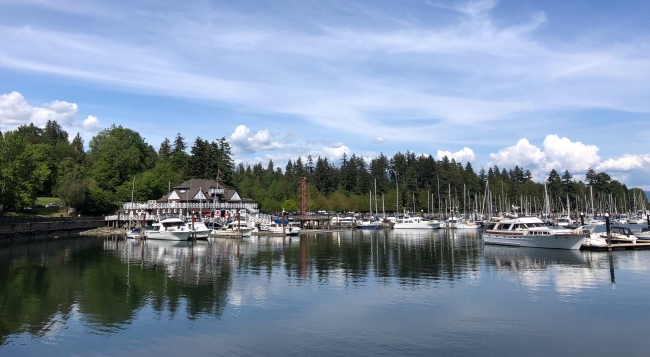 Despite the weather forecast, it was great weather on Saturday and Sunday. So on Saturday, a few of us met up to ride bikes in Stanley Park. Once we got our cruisers, we were on our way. We followed the bike path around the park by the seawall. Thus, we had spectacular views the whole time. Further, we were able to see the water planes take off, which was quite impressive. We stopped a few times to take some nice pictures. One of our first stops was the Brockton Point Lighthouse. 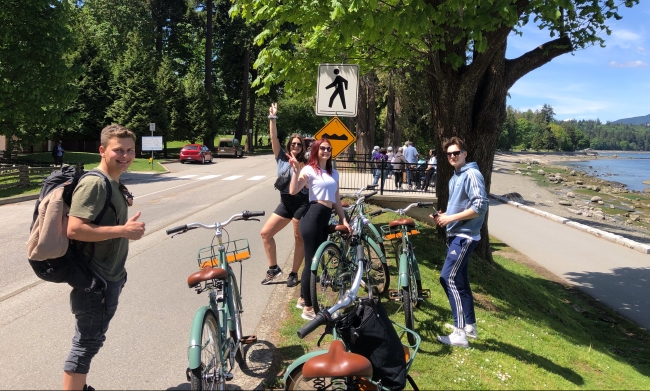 After a while we split up as some wanted to make more stops and also hung around at some spots and enjoyed the view. Some of us continued with the bike ride. We saw Lions Gate Bridge, which leads to North and West Vancouver. We also saw the Girl in a Wetsuit, which is a statue on a rock out in the water. Afterwards, we passed the amazing beaches the park has to offer. At Third Beach we had a break to have some ice cream. Towards the end of our bike ride, we passed by the Lost Lagoon, and there were a lot of cute baby geese. Overall, it was a fun and cool way to explore the park. Thanks to everyone who came and joined us! 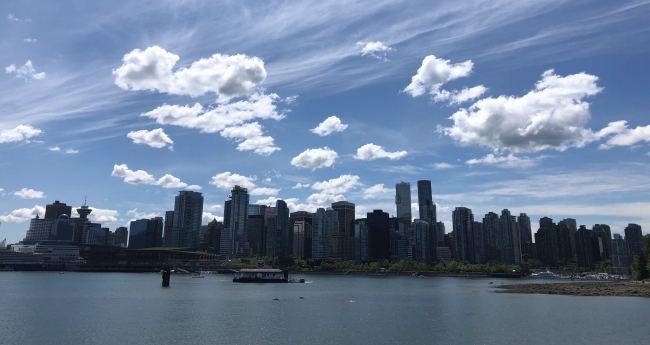 I actually enjoyed Stanley Park so much, that I went there the next day again. But this time I walked, which was a bit more relaxing. On Sunday, I also explored the center of Stanley Park. It was really neat and remarkable to see, how much nature there is, considering that we are in a big city.

Stanley Park is beautiful and has so much to offer. I highly recommend visiting the park, if you have not done so yet. Especially, if you want to get away form the stress of the city,  it’s the prefect place to relax.

One thought on “How was your weekend?”