The most popular shopping day is just ahead of us – The one and only Black Friday! And because we want you to be prepared for this, here are some information about the Black Friday itself and a few useful tips you might want to consider before getting yourself into this crazy shopping day!
Black Friday is always the day after the U.S. Thanksgiving, which happens to be the last Thursday in November. It is officially known as the official start of the Christmas season. And because of this, this day has always been very important for sales, even if it wasn’t referred to as ‘Black Friday’ in the first place. In fact, the day goes all the way back to 24 September in 1869. Two U.S. financiers tried to be so smart and bought a significant amount of U.S. gold, obviously hoping for an overall price soaring, so that they’d be able to sell it again for huge profit. Well long story short, this plan didn’t work out as you might guess. Eventually the U.S. gold market crashed and their actions left the the Wall Street Barons bankrupt. From there the U.S. was set into a really bad financial crisis. The name ‘Black Friday’ actually came from the way American shops recorded their accounting details, as they’d note profits in black and losses in red. Over this hard time most shops only got to write red number, only after the day of thanksgiving they finally ‘went into black’ again.
If you are currently getting ready to take part in this very crazy shopping experience, here are a few things you might want to consider. When does it make sense to wait until black Friday itself and when should one of the current deals be taken. Obviously this is always a question of how lucky you’ll be on the day, but if it is a very specific product you are waiting for, in a specific colour or size, you may want to consider buying it before the time. I don’t want to disappoint you in this, but the chances are high that you aren’t the only person waiting for a deal on this product. If you are just waiting for the highest possible discount, you may want to wait until Black Friday. Before you get yourself out there, getting lost in all the discount signs, you should do some research. Check out RedFlagDeals and RetailMeNot for some brilliant deals, coupons and special offers first.

Even tho all of  these offers, just seem too good to be true, please don’t forget that we are living in a time of climate change and an absolute consumption overload. And you buying unnecessary stuff  like crazy, is a part of this very big game, even tho if it seems to be just you!
Just think about where these product are coming from, that they need to be produced, and packed and that there is a whole chain reaction after this. I don’t want to be the Party-Pooper in this, but I guess especially our generation has a very good understanding of this and should proof this in actions!
Not to doubt, this is the perfect time to make some great deals, but try not to loose your head over this.
And make sure you’ve got some money left since next PuB-Night isn’t too far away and you still want to be able to pay for your drinks right?  Till then, Happy Shopping you all!
Cheers,
— Nadja
International Village,
Suite 2077, 2079 – 88 West Pender Street
Vancouver, Canada -V6B 6N9-
Web: http://www.internexcanada.com
Email: pr@internexcanada.com

It’s Friday again which means that the weekend is just around the corner! If you don’t know yet what you want to do on the weekend then keep on reading because we are going to give you some tips!

Since it is almost December, there are already a lot of Christmas events going on. Like for example you can go to the Capilano Suspension Bridge to see the Canyon Lights.

On Saturday you can also visit the Surrey Tree Lighting Festival which include family friendly activities, holiday crafts, food trucks, live entertainment and the lightning of a 55-foot Christmas tree. Also the Vancouver Christmas market located at the Jack Pool Plaza started this week. This Christmas market is an European-style market that’s great for holiday window shopping and festive things to eat. There is on most days (especially weekends) also live music.

If you don’t feel like Christmas yet than you can also go to the Disney on Ice show or Cirque du Soleil which are both still in town.

And the INTERNeX family will go to Seattle this weekend to do some sightseeing and of course some Black Friday Shopping!

We hope you all have an amazing weekend and we’re looking forward to see all of you tomorrow for Seattle!

It’s almost the end of November, which means that Christmas is just around the corner. And while we already had our Thanksgiving here in Canada, our southern neighbours will have their Thanksgiving this Thursday. A big tradition in the U.S. that Canada also took over is the famous Black Friday weekend.

So if you have always wanted that amazing new Apple computer or that amazing designer handbag but never had enough money for it, then read this blog because Black Friday is coming!

Black Friday started in the U.S but there are many speculations on how it started. One of the most recent reason for Black Friday is in 1950s Philadelphia, The Army and Navy college football teams celebrated their fierce rivalry each year with a neutral-ground clash in Philly on the Saturday after Thanksgiving. 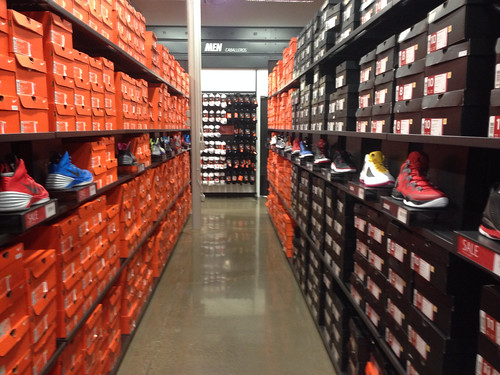 The day before, thousands of people from surrounding communities would flood into the city in anticipation of the big game. They’d take the opportunity to stock up on clothes, home goods, and other gift-able items at central Philly’s many retail shops and department stores.

The annual wave of shoppers and fans was enough to clog streets and strain local health and safety resources. City Police would have to work extra-long shifts dealing with the additional crowds and traffic, and Shoplifters would also take advantage of the bedlam in stores to make off with merchandise, adding to the law enforcement headache.

In the 1980s and 1990s, large-format “big box” stores like Walmart, Target, and Best Buy proliferated around and between regional and superregional malls, fleshing out the countries ever more competitive suburban retail landscape. It was during this period that Black Friday came an own term. Signs advertising blowout Black Friday deals (and insanely early opening hours) in urban and suburban shopping districts were published and for years, every Black Friday was bigger than the last.

Canada took over the Black Friday hype, but also added Cyber Monday, which is a day where all kinds of electronics are sharply discounted.

So for everybody joining us to Seattle this weekend, make sure you’ve got enough sleep, a lot of space left in your suitcase and of course have your credit card with you because it will be a shopping heaven!!

Hope to see you all at tomorrow’s PuB NiGHT!

Much like Black Friday in the United States, boxing Day is the day of sales and shopping for Canada and other Commonwealth nations. It occurs annually following Christmas Day on December 26th and is a public holiday in Canada.

Boxing Day began as a tradition of masters giving gifts to their servants and tradesmen receiving gifts. The days leading up to Christmas is to gift shop for your family and friends, but on boxing day, you are supposed to shop for yourselves!

Generally, the best deals will be only available on Boxing Day, but since shops are trying to get rid of their stock from their current season, boxing day has now become boxing week and sometimes even into January.

Again, there are a lot of people who go crazy and line up the night outside the mall or the store before just so they can have the chance to grab the “door crashers” which are special items on sale that are in limited supply, before they are all gone.

If you go to any mall or stores next Wednesday, there are bound to be tons of people and great prices for everything, but here are some websites with deals to check out if you want something specific:

Wow, it’s the weekend again! As you may know, this weekend is American Thanksgiving so there are many stores offering discounts on their merchandise in the United States and here in Vancouver.  But, there is more than shopping going on this weekend! Because it’s so close to December, lots of Christmas and winter festivities are starting to happen. We have found plenty of things for you to do so listen up!

Whether you want to prove that you can win alone or team up with people and come up with a strategic plan, this will be one of the most fun times you’ll ever have! So safe up your energy and come ready to see some live action on Sunday!

For all you Germans out there, this will hopefully cure your homesickness! The plaza at Queen Elizabeth Theatre is transformed into a romantic tiny village with rows of little wooden huts decorated in pine branches and festive lights. You don’t want to miss the live entertainment, carousel rides and shops selling handmade gifts!

I went last year (and will go this year again) and for sure would recommend everyone to take a visit!

I know many of you are football (American football in a Canadian league, not soccer/England football – yes confusing, I know) fans out there.  Though the Vancouver Lions lost last week in the Conference Final, you sports nuts will want to watch the Calgary Stampeders battle against Toronto Argonauts.

The “Grey Cup” is the championship game in the Canadian Football League (CFL) and is the name of the trophy given out to the winners. It’s the 100th anniversary of the league so this is a must watch event!