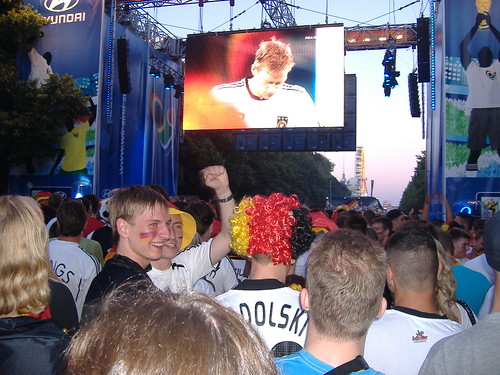 Let’s go and get your face painted in black, red and gold!! On Saturday the 21st of June Germany is playing against Ghana. It is already the second match for Germany in the group G. The last match was on Monday the 16th of June and of course Germany won the match against Portugal with 4:0. We gonna meet at 11 am at the Pint. The Pint  is located in 455 Abbott Street. The Pint is one of the famous pubs in Downtown and offers for the World Cup of course some specials. The specials are:

The Pint covers for 12 people the entrance fee ($10), so if you want to be one of the lucky ones, please let us know ASAP (Fb, mail, message, etc.) so we can reserve the spot for you. It’s first come first serve.

Get your german outfit out and join us to support the german team. Let’s hope their play the same way as against Portugal and we have something to celebrate afterwards. After the match we can go to the beach and relax a bit, so take your towel with you 🙂

Last night we had our weekly night in the pub. This time we went to a small pub named The Black Frog. It’s location, just 20 meters from the Steamclock in Gastown! Really easy to find 😉 The Black Frog is a warm feeling, and cozy pub, where you can drink Canadian beers, but also European ones. They have a lot of choices!

So the place was really nice. The drinks were fine (not cheap but also not expensive). We began our night around 7.30. They reserved a special place in the pub for us. We could sit on small couches with all the people.

This was a fun night. Already my third pub night, time flies here in Canada! I really liked to talk to everybody of you. It’s nice getting to know everybody by having a good chat!

When we left the place is was raining outside.. But that did not affect on the fun night we had with each other! First we ate a piece of pizza, then we took the bus back home.

So thanks for having fun with us last night guys.
We hope to see you again soon!

When the clock “strikes” 8 pm and the pins fall you are invited to have a ball!!

Join other INTERNeX candidates for a game of Black Light (Glow) Bowling! On Tuesday August 3 we will meet up and play a few games of old fashion bowling!

Bowling will start at 8 pm, but be sure to be there a bit earlier to collect your shoes. For those of you that would like a bite to eat first, join us at 7 pm at the bowling alley. For the menu, click here.

Depending on how many people come out, one game will cost between $5-$10 per person. This doesn’t including shoe rental, which is $3.00 per person.

We are going to bowl at the bowling Alley called Grandview Lanes. It’s located on 2195 Commercial Drive (at East 6th Avenue) in Vancouver, BC, a 2 minute walk from the closest skytrain station at Broadway/Commercial Drive. For a map of the area, click here.

Please sign up by sending an email to pr@internexcanada.com so we can reserve enough lanes!

Well like Laura said, the hike up Grouse mountain was brutal! But it was so worth it when you reach the top and  see the view. You appreciate it so much more because  it took so much effort getting there! But the hiking up the mountain is not all you can do at Grouse Mountain. There are lots of activities to keep you busy the entire day!

When we got to the top the first thing we did  was take pictures of the beautiful view, and to also take a much needed rest. After grabbing something to eat and sitting in the sun, we went to explore the rest of the mountain. We started walking and soon discovered that there is lots to do.

There was a Lumber Jack show, where they show you how they cut wood and how they climb trees with a band. When we arrived, the show had already started and was almost over. There was this very funny guy, pretending to be stranded on one of the big pole they use to show how to climb a tree. I won’t go in to a lot of details, you just have to go up there yourself, because it was hilarious! The show is hosted three times a day.

There was also a bird viewing show. We got to see some amazing birds up close. There was a bird that was doing it’s third show and did not want to cooperate and flew up an electricity pole. It took a lot of convincing from the trainer to get the bird down again. There was also an eagle and at the time of the show a wild eagle flew over and they started gawking at each other! It was a totally awesome show! 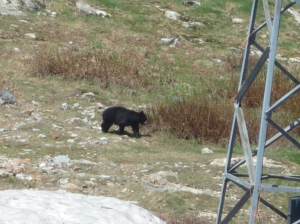 Have you ever seen snow in June? And I am not talking about a little bit of leftover snow but enough snow to  make a snowman! So we did! Before starting on the hike we asked people who where coming back what they thought of the trail. They said that there was a bit of snow so we decided to walk anyway. But there was a lot more snow than we thought!  I had never seen snow in June before so that made it extra special. 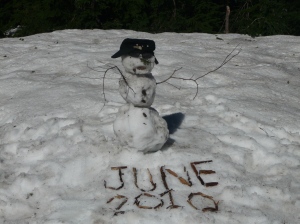 At the end of the day we took the gondola back down. This was the only thing we had to buy that day. So we had an amazing day for only $5.00 (not including transport).

For more information about Grouse Mountain, check out their website

If you want to see more pictures from our trip, click here

If you want some more information about how to get there, send us an e-mail at pr@internexcanada.com and we will help you out!

Don’t you love free events? Today at 1:30 p.m., Fort York National Historic Site will be the location of a world-renowned musical ride. The RCMP Musical Ride in Toronto features 32 horses and riders performing a variety of intricate figures and cavalry drills all choreographed to music. If you want to see Canadian culture, you must attend this for an unforgettable experience! 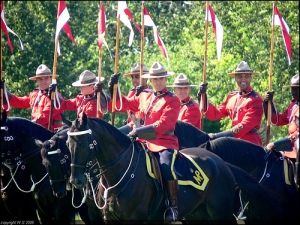 A favourite of Canadians of all ages, the Fort York performance is the only Toronto tour date this year! Admission is FREE in honour of this prestigious event. If you want to go, try to get there early because the RCMP Musical Ride represents a colourful Canadian tradition enjoyed by tens of thousands of spectators every year.  The ride is 30 minutes in length.
Address: