Are you ready for another round of Fun Fact Friday? Great! Because it’s time to learn something new about the city.

1. Vancouver is rated among the best cities for coffee lovers.

Good news for the coffee lovers out there: Diverse bloggers rated Vancouver to be one of the best cities for coffee drinkers. This means, Vancouver has a lot more to offer than just Starbucks, Tim Hortons and Blenz Coffee. Yes, there’s more. So go ahead, take advantage of one of the best cities for coffee lovers and try something different. (And if you still want to go to the coffee shops you’re used to, read our Smart Saver from Wednesday).

2. Vancouver, NYC and London are comparable in Housing prices.

You might have figured out that living here is not really the cheapest, but did you know that real estate in Vancouver has the highest price among all Canadian cities? And there’s more to that: Rents and lettings are comparable to a living in NYC or London – and living there is quite posh, right? Very expensive as well. But I think we shouldn’t complain about that… I guess that’s just the price we pay for the amazing things Vancouver has to offer.

3. Our mayor is good looking, but cheeky as well.

I read a blogpost that stated Vancouver has the most handsome mayor.. well, he’s definitely not my age, but I don’t blame those saying he’s looking good. But there’s more to the story than just a handsome guy. 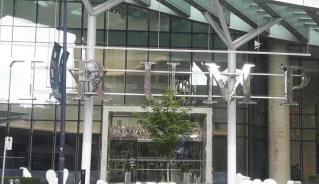 Well, I checked this morning, the letters are still up. But nice try Mr. Robertson!

Did you hear about the Trump Tower & Hotel here in Downtown? So, in December 2015 the handsome Gregor Robertson wrote a letter to the manager of the hotel, kindly asking them to remove the letters “TRUMP” from the building. He claimed, “Trump’s name and brand have no more place on Vancouver’s skyline than his ignorant ideas have in the modern world.” Great man, this Robertson! He backed up his letter with a petition signed by more than 50,000 residents and even Christy Clark the premier of B.C. said that “Donald Trump doesn’t represent our city.” That’s a statement, I’d say.

Use this wisdom to impress your friends or your date or just a random stranger on the street. – But just if you started a conversation already… don’t just shoot it at him out of nowhere. Might be a little awkward, you know.

See you guys soon – latest at PuB NiGHT in Mahony & Sons on Wednesday!

Hands up, who starts the day with a freshly brewed coffee? If you are a coffee lover, then Vancouver is certainly a paradise for you! Coffee places are literally at every corner. Even if you wouldn’t mention coffee as your favourite drink, a coffee place is an awesome place to meet people, clear your mind or even take your laptop and get some work done. The downside of all those visits is of course the costs. So here are some tips to lower your coffee place expenses! 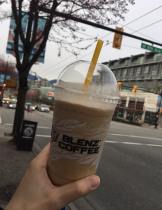 First of all, you can save some money if you order a regular coffee instead of a fancy latte. Just pimp the simple coffee yourself with as much milk, sugar, cinnamon or cacao as you want. All these extras are usually available for free here, so just be your own barista!

Starbucks is one of the most famous coffee brands in the world and they are just everywhere in Vancouver. At Starbucks, you can already receive a small discount if you bring your own mug. It does not only help the environment, but you also have to pay ten cents less for your drink. Doesn’t seem like a lot, I know, but if you do that ten times you already saved a loonie for your next coffee. 😉

You can easily join the Starbucks Rewards program. All you need to do is register a physical Starbucks Card, Teavana Card, Evolution Fresh Card or Starbucks Card eGift online and create an account. Once you have registered, you collect stars for every dollar you spent, which you can redeem for free food and drinks. Also, you can profit from monthly special offers. Last month for example, we enjoyed cheap, delicious Frappuccino’s at the office. Next to that, you get a reward for your birthday and free in-store refills. You can check it out here.

There are also plenty of delicious non-coffee drinks available at coffee places. Blenz is currently offering a special to celebrate the start of the summer season. Bring your friends and enjoy one of their Iced Tea Lemonades. The flavours sound delicious: mango ginger, strawberry cucumber and melon berry. You pay one and get the second lemonade for free! This offer is valid from June 5 to June 18 between 2 – 5pm at all Blenz Coffee locations.

I hope you enjoy some good coffees and lemonades, guys!

See you tonight at The Relish!

Friday 9 pm. We were sitting in the park. Waiting for the party to begin. Only ten minutes left. Our tickets work, we are in. The party can start. That was the moment my weekend could finally begin.

This Friday we went to DubVision, a party in the Harbour Event Centre. DubVision is a DJ duo from the Netherlands. We went in with our free tickets we received. When we walked in around 11:30 pm, the club was still not that crowded. We bought a drink and the club was becoming more crowded. There were two DJs playing nice music, but we still don’t know if that were guys or girls. There was another DJ playing music before DubVision was on stage. After a couple hours we went home.

Rise and shine, next day has arrived. After all the stuff I needed to do, we went to the sushi bar to eat sushi together. Afterwards we took the skytrain to Granville street where the pub crawl began. We first went to the Cinema Public House, where we began the night with a drink. After 45 minutes it was time to go to the Morrissey, where we sat on the couch singing German songs. So now we had the Oktoberfest part from the pub crawl. We went to Donnellans where we had our own space with tables and bar. We closed the night in the club Belmont Bar. After we danced our asses of, it was time to say goodbye.

Sunday was a lazy day. We went to a jazz thing in a church. After 30 minutes we saw it all, so we decided to go for a coffee at Take Five. Tip: the coffee with Caramel and Sea salt is actually salty. We sat and talked till it was time to go home for dinner. Hope your weekend was great as well.

See you at PuB NiGHT!

As this weekend was quite expensive for some of us, it might be a good idea to save some money again. Especially now that there are a lot of events and trips coming up.

An app that will help you save money is Checkout 51. Through Checkout 51, you can save money on certain brands. This is how it works: sign up via the internet or download the app through the App Store or Google Play. After this you make a photo of your bill and upload it at this app. If the amount of $20 has been reached, the company will send you the money. Our PR member, Danielle has been using the app in the Netherlands as well and confirms that it really works. The app has different offers every week, which will be changed every Thursday. You can see these offers at the app or at the website. One of the current offers, for example, is buy 3 Pringles and get $2 back. There is one catch though, for some of the offers, the items have to be on the same receipt.

You might have passed it already while going to our office in the International Village Mall. This is of course about the one and only Yoko Yaya! Yoko Yaya is a Chinese store where you can get almost everything you need. From beauty products to kitchen wear, you can find it there. A lot of their products is only $2, so if you just moved in, this is the place to be!

As most of us cannot survive the morning without a coffee, this offer cannot be forgotten. If you buy a cup of coffee at Tim Hortons, you can win several prices such as a television, a car or a coffee. Most people only win a coffee. However, me and Danielle had the bad luck to not win anything at all. This is mostly a chance to save money for people who buy coffee anyway and therefore have the chance to save money. Furthermore, the coffees at Tim Hortons are not even that expensive, so it might be an idea to check it out anyway.

Try to save as much money as you can, so you can spend it on our Kelowna trip!

Craving for something cheap? Then this is the right place for you! INTERNeX has been busy all week searching for good promotions or cheap places to share with you.

Used to getting coffee in the morning? A small speciality coffee is only $1 at the Mc Donald’s at the moment, so it is definitely worth it to switch coffee shops for a while just for this promotion. This promotion started at the 23rd of January and will last till the end of this week, so use this moment to enjoy a

Today it is wings Wednesday, so that means you can get wings for a cheap price at restaurants all over Vancouver. The cheapest price that we found is 33 cents per wings in the Famous Warehouse. However, it is also worth checking out when it is not a Wednesday, as all their meals are $5 and therefore a good choice to go to if you want to go out for dinner, but already spent a lot of money.

Not into a coffee or food? At Cinema Public House and The Butcher & Bullock got $2 Tuesdays, when they offer beers for $2. So that means you can get wasted without spending too much money. Almost sounds too good to be true, right?

If you have not found the Dollarama yet, you definitely have to check it out as well. You can almost get everything at Dollarama, from baking forms to food and much more. If you need anything for your housing, first check out Dollarama before going to another place, as it can save you lots of money. Dollarama, your best friend from now on!

Every dollar counts, so keep these tips in mind when spending your money!