I am happy to present the story of Lukas, our previous INTERNeXer 🙂 glad he shared all his special memories with us.

Today it’s all about Lukas, a 25-year old student from Germany. During his time in Canada he did his bachelor degree in economics but now he’s already finishing his master’s degree in Finance and Accounting in Munich. Originally, he’s from the Black Forest. Additional fact 😉 – in his free time he likes to play soccer by the sea.

First things first, he enjoyed his time abroad very much. Since he wanted to work and live abroad for his entire life, the day Timothy visited his university and did a presentation about the programs INTERNeX has to offer, made Lukas’ decision. In this context a huge thank you to the INTERNeX team for making this opportunity possible for him. He did a practicum with a wealth management company which is a common company especially in Canada and the US. Primarily his tasks were to organize and taking part in networking events mostly to get new clients as well as recruiting and consulting tasks. He also did some office organization jobs which definitely sounds like an interesting and varied workday.

Furthermore, he enjoyed being in a multicultural department with 4 guys from France, England, Poland, and Russia helping people to invest and save money with e.g., retirement plans or providing support in insurance tasks. There’s not only one thing that was the best about his stay in Canada, it’s a collection of memories. He really enjoyed being surrounded by friendly open-minded people who are always polite and tolerant. Because of this it was always easy to get to know new people from all over the world. For him it was not only about improving his language skills, but also getting work experiences in an international atmosphere. Another interesting fact he pointed out is the difference in financial planning between Germany and Canada as well as the different processes being used. This practicum helped him a lot to see finance from another point of view.

From the first moment on, Vancouver was a big adventure for Lukas. It all started with waiting for 5 hours at the immigration office because they were so busy. After that, he was able start to enjoy his stay with a BBQ at Kitsilano Beach organized by his host family. It was a great chance to get to know each other.

He enjoyed many of the INTERNeX events such as almost every pubnight on Wednesday. Additionally, he participated in a soccer club which is a funny story…. On his way to a hiking trip to grouse mountain he just spotted some guys playing soccer. He watched them until one of them asked him to join. He didn’t wait to be asked twice. From this moment on he was part of the team and participated in the training and games every week. He also enjoyed all the hiking trails like Garibaldi Lake or Grouse Mountain where he enthusiastically enjoyed the amazing view. However, for him, the Rocky Mountains trip was next to his trip to Victoria to meet some friends, for sure the best experience.

In his words he gave 5 out of 5 stars to the INTERNeX Team, his experiences, and the whole stay in Canada!!
Thanks Lukas

Have a great week 🙂

As some of you might know, my boyfriend visited me for two weeks and on the last day we went on a little trip to Garibaldi Lake together with Merle, Tess and my boyfriend. I wanted to show him the great blue lakes without going to the Rockies and this trip was perfect for that.

As it is hard to reach Garibaldi Lake by public transport, we rented a car to get to the lake. We were really lucky, because some people probably cancelled their reservation and therefore we could get a more luxurious car. I already downloaded an offline map on Google Maps beforehand, so getting there was easy.

It was my first time driving a car in Canada, so I was happy to see that the way to Garibaldi Lake was mostly going straight. Driving up to the hiking trail already felt like a road trip, as you can see the beautiful views along the Sea to Sky highway. When we were almost at our final destination, we got confused with where we had to take the exit and therefore had to drive a long way till we could finally turn. After a while of searching, we got a spot right in front of the hiking trail and could immediately start our adventure.

At Garibaldi Lake we made sure that we conquered one of the picnic tables after making many pictures of the beautiful view. Here I could finally fill my stomach and relax till it was time to go back to the car again. The way back to the parking lot was way easier as you were mostly going down, which is why some people were even running down the hiking trail.

It is not strange that my legs were still hurting 2 days later, as it took us 5.5 hours to get to Garibaldi Lake and to get back to the car. It was definitely worth the pain and time though and I would surely recommend it to everyone who is visiting Canada.

I hope you all had a great weekend and I am looking forward to hearing all about it on PuB NiGHT!

Once again there was lots to do in and around Vancouver! Some went hiking in the rain, visited Vivien’s home for her housewarming party, and Sunday we had dinner at Pizzeria Ludica.
Despite the rain the hike to Garibaldi Lake was still worth it or so I’ve heard. I’m looking forward to seeing some pictures!
Later that Saturday was Vivien’s party at Natasja’s old and Vivien’s new home. It was totally awesome and we partied until dawn!
On Sunday there was really good pizza and games. It was so much fun! We played Uno, a Star Trek version of the Settlers game, Sheriff of Nottingham and Mafia also known as Werewolf.
We really had a great time! 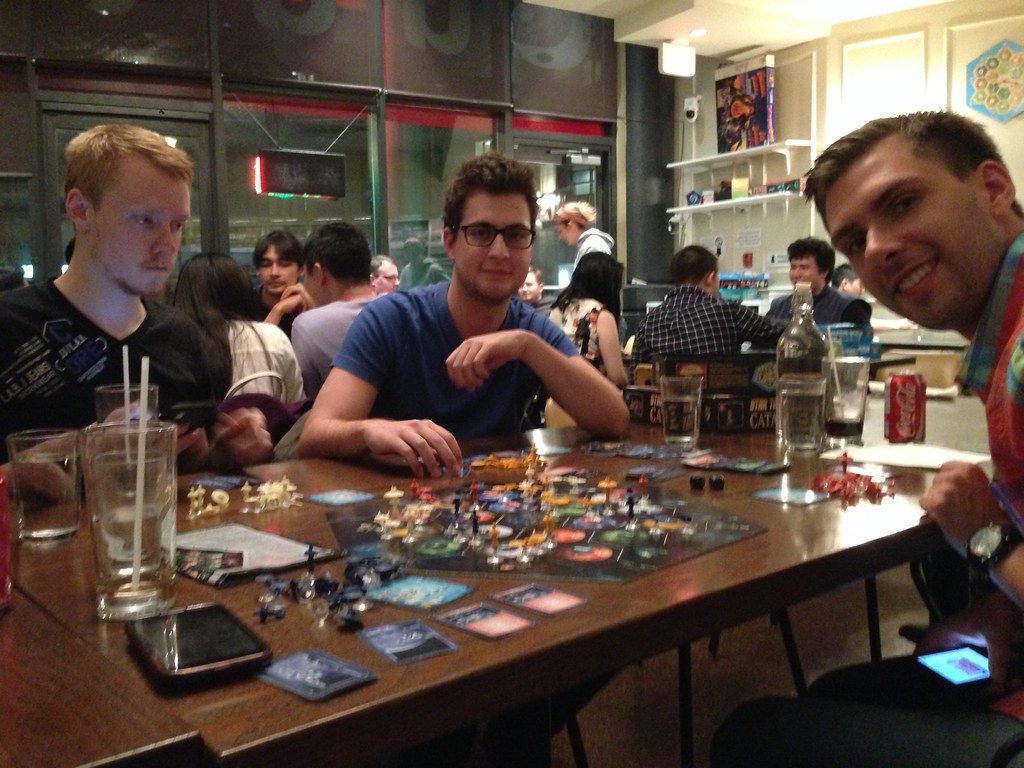 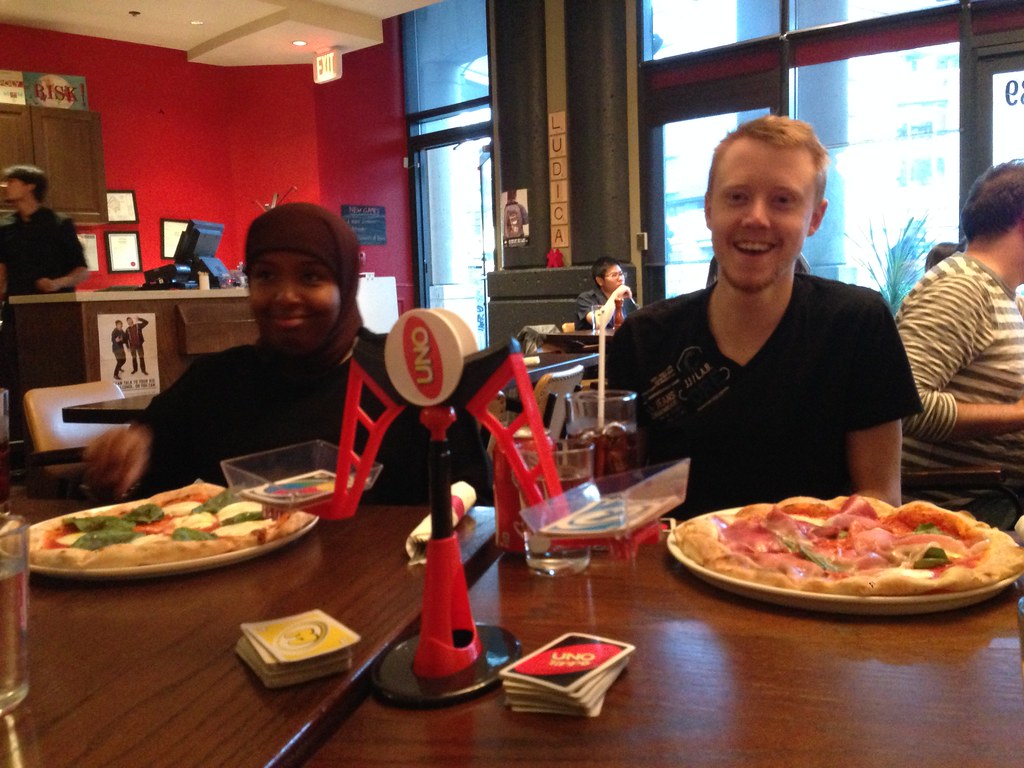 Look forward to this upcoming week. We’re going to see a Canucks game on Tuesday, have our Pub Night on Thursday this time.

It’s time to say goodbye. This makes me always sad therefore I prefer to say “See ya again” one day.
I’ve had an amazing time here in Vancouver and all of you’ve had a hand in it.
Thanks to all of you for making my time in Canada just incredible.
The time went by way too fast and I’m so sad that I have to leave already. On my first weekend(three months ago) I went to the Rockies and was impressed by the stunning nature of Canada. Since that moment I’ve started to love this country. 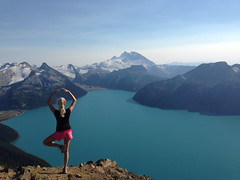 During my stay in Vancouver I’ve seen so many beautiful places like Vancouver Island, the Rockies, Whistler, Portland and Seattle.
One of my favourite trips was the hike to the Garibaldi Lake and the Panorama Ridge (33 km) in the Garibaldi Provincial Park. I was nearly dead after this hike but I’ve never seen something which is so breathtaking and gorgeous like this!! 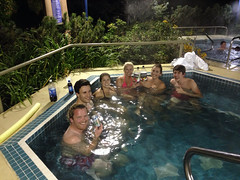 I’ve never enjoyed my life as much as I did here.
You can’t beat this city – it’s possible to experience the big city life and the stunning beauty of nature at the same place.
A BIG THANK YOU to Mina and Tim for offering me the opportunity to do my practicum at INTERNeX. I’ve learned so much for my studies in Germany and especially for my life.
Another thank you goes to Henrik for introducing me in my new tasks at the PR-Department and supporting me all the time.
Last but not least – thank you to Lisa and Simon for the great and fun time in this office.

I’m going to miss Vancouver, Canada and ALL OF YOU way too much. For sure I’m going to come back some day.