It’s Monday, so sadly the weekend is over. I hope you are all doing well and enjoyed the extra day off. Here is a little recap of what happened over the weekend.

Despite the weather forecast, it was great weather on Saturday and Sunday. So on Saturday, a few of us met up to ride bikes in Stanley Park. Once we got our cruisers, we were on our way. We followed the bike path around the park by the seawall. Thus, we had spectacular views the whole time. Further, we were able to see the water planes take off, which was quite impressive. We stopped a few times to take some nice pictures. One of our first stops was the Brockton Point Lighthouse.

After a while we split up as some wanted to make more stops and also hung around at some spots and enjoyed the view. Some of us continued with the bike ride. We saw Lions Gate Bridge, which leads to North and West Vancouver. We also saw the Girl in a Wetsuit, which is a statue on a rock out in the water. Afterwards, we passed the amazing beaches the park has to offer. At Third Beach we had a break to have some ice cream. Towards the end of our bike ride, we passed by the Lost Lagoon, and there were a lot of cute baby geese. Overall, it was a fun and cool way to explore the park. Thanks to everyone who came and joined us!

I actually enjoyed Stanley Park so much, that I went there the next day again. But this time I walked, which was a bit more relaxing. On Sunday, I also explored the center of Stanley Park. It was really neat and remarkable to see, how much nature there is, considering that we are in a big city.

Stanley Park is beautiful and has so much to offer. I highly recommend visiting the park, if you have not done so yet. Especially, if you want to get away form the stress of the city,  it’s the prefect place to relax.

It’s a sunny day in beautiful Vancouver, and you know what makes this day even better? The fact that it’s Friday and the beginning of the weekend! In case you need some ideas as to what to do, here are some suggestions.

The Richmond night market is starting today, where you can find amazing foods from all around the world. You can choose from 120 vendors with over 600 food items, making it North America’s largest night market. Each year the market has over one million visitors. This year’s theme is “summer chill party”, making it the perfect place to end your day. The market will take place over the whole summer and is open from Fridays to Sundays from 7 pm to 12 am. Admission is $4.75 pp.

Since it is so sunny, you probably want to cool off somehow. Maybe by enjoying some ice cream? In this case, you should check out La Casa Gelato. They have 238 flavours in store. Let me repeat that….238 flavours. So if you are bored of vanilla, chocolate and strawberry, you have to go there. You can find them at 1033 Venables St.

Other than that, I would just recommend spending as much time as possible outside, either at a beach, on a hike or simply by strolling through the city, and enjoying the wonderful weather.

PS: Don’t forget, Mother’s day is on Sunday. Remember to call your mom and tell her how amazing she is!

The fourth episode is already online for a week again, so we wanted to give you a little peak behind the scenes. It gets easier and easier every time. Since I now know how to make the scripts, do the filming, the voice-overs and editing.

April was the month of the big Rockies trip. Since we always make after movies of the trips we do, I also needed to develop a video of the Rockies. This was a rough part for me to do, because there was so much material and we had so many great moments there. It makes it hard to choose what material you want to feature in the episode. So once I was done there was a video of about 3 minutes, which is way too long. With a little pain in my heart I started deleting and cutting scenes. I hope it still captures the experience we had in the Rockies and you like it.

Another challenge was that Danielle was not here for filming since her family was visiting her, which is amazing of course! When I was writing the scripts I didn’t realise this though, so I just made a script for her. When I found out she wasn’t here we had to change fast, which meant I was suddenly in front of the camera. So in this episode you may see my face quite a lot.

On the other hand I had so much fun making this video again. Especially when

I had to go on a little fieldtrip in North Vancouver with Iris. After taking the sea bus we first decided to have some ice cream, because you can’t film on an empty stomach. Besides that it was such a beautiful day, which made filming and walking around not a problem at all. We took a little advantage of it and had some lunch outside in the sun. It probably was the best “office-day” of the entire month, especially because when we got back Danielle’s boyfriend arrived and we went to the Lamplighter with all the colleagues to celebrate.

If you haven’ t seen the episode yet, you can see the video below.

Hope to see you all in The Pint tomorrow!

This week with our smart saver, we’re going with great food again!

We all know that breakfast is the most important meal of the day, but for those who are not exactly early risers and don’t want to prepare their own stuff, we have found a super cheap offer. Subw 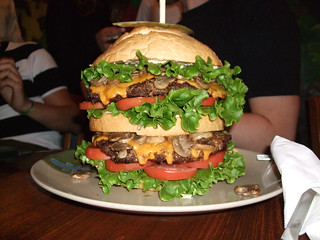 ay is offering a $3 Breakfast Combo with a 6-inch breakfast sub and a coffee.

The Au Petit Cafe is a vietnamese restaurant, but offer $5 French-style sandwiches. Also their vietnamese food is pretty cheap. If you want to have a nice dinner with friends go to the La Taqueria. They’re offering tacos (which are awesome to share) for $2 (veggie) and $2.50 (beef). Check also out Wally’s Burger, their burgers are great, and huge! And the Deluxe Wally Burger, Wally Burger and Mushroom Swiss Burger are all $5 or less. But never forget the great “all food for $4.95” restaurants we have here in Vancouver. Those are the two different locations of the famous Warehouse and the dime, near Commercial Broadway. To be honest you should not eat anywhere else, 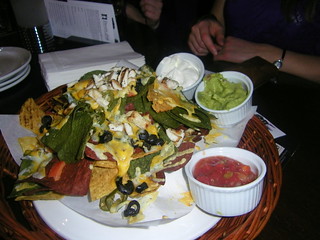 their food is awesome and SO CHEAP, and they don’t only serve burgers and mac’n cheese but also healthy things from salads to quinoa. And they even make its cheaper! The dime offers 25ct wings on wednesdays (i’ve tried them, they’re delish!!) and at the famous warehouse they’re only 15ct! They also do an “all you can eat tacos tuesday” for $6.99.     So what are you waiting for?

Of course you need some refreshing dessert after this great meal. To save money why don’t you just make yourself an ice lolly out of you favourite juice or smoothy. You just need a small stick, fill your juice in a glass or even ice cube forms, put the stick in, freeze it and you have great ice cream which is nearly for free!

Hope all of you had a great weekend, enjoy the rest of your sunday and your day off tomorrow. You can sign up for our trip to the rockies until tuesday!