Swoooosh! And another week has passed by. But what could you do the upcoming two days? Here are some ideas for you. 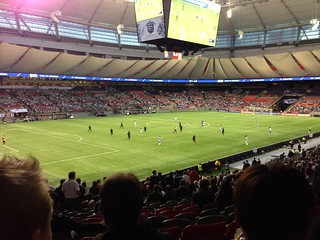 Soccer fans, listen up: On Saturday, the Vancouver Whitecaps are playing again! This time, it is against the New England Revolution. It’s a home game, which means it’s taking place at BC Place (777 Pacific Blvd) in Vancouver. The game starts at 2:30pm, tickets can be purchased online or on site and are from $20 upwards. So, grab some friends, buy yourself some snacks and drinks from one of the many suppliers and enjoy the game! GO WHITECAPS!

Are you a vegetarian or even vegan? Then you should not miss out on the following event: The VEG EXPO is back in town! For the 5th year in row, you can go to the Vancouver Convention Centre and check out over 200 exhibits from vegan and vegetarian companies across Canada. They showcase vegetarian and vegan products and you can even try samples. The event takes place on Sunday from 10am until 5pm. Entrance price is $20. 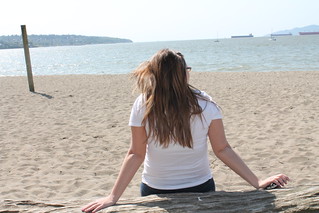 Since last weekend, the Kitsilano Pool is open again. You know, the longest pool in Canada. And the only saltwater pool in Vancouver. It is a great location to spend the day at. Many restaurants and cafes are located nearby the outdoor pool. The view over the Lower-Mainland, English Bay, the North Shore Mountains and the Vancouver skyline are just wonderful. You can enjoy this on Saturday and Sunday from 9am to 8:30pm. During the week, it is open from 12pm until 8:30pm. The entrance price is between $3 and $6, depending on your age.

Have a great, exciting and fun weekend! See you on Sunday for our hike through the Lighthouse Park!

Whether you have been living here in Vancouver for a day, a week, a month or even a year, you probably do not know everything about the city just yet. But that’s OK, we are here to help! Today we will mention a few fun facts about the city that will blow your mind!

1. Hollywood of the North

Most TV shows and movies filmed here are American, for example The Flash, Arrow and the new show Life Sentence. Well-known movies that have been filmed here are the Twilight and Percy Jackson series, If I Stay and Apollo 18. Awesome, right?!

Every now and then, people spot dolphins and whales in the waters around the city. There are lots of whale watching tours in and around the city to choose from and honestly, if you have the opportunity to see these animals in the wild, why not take it?! This event will for sure create the most wonderful story for your family and friends when you go back home!

Kitsilano Pool, located near Kitsilano Beach in Vancouver, is the longest pool in Canada. It is 137 meters long and the only heated, salt-water pool in Vancouver. It is divided into three sections; a section for families with little kids, one for visitors who would like to exercise and a deeper section for teenagers and adults. It is a popular place to visit considering the pool provides visitors with a breath-taking view of Kitsilano Beach and the ocean. What makes it even more amazing is that tickets are only 3 to 6 dollars (depending on your age)! Definitely put this pool on your bucket list for this Summer!

I hope you enjoyed reading some fun facts about the city. Knew any of them already? Great! You can call yourself a real Vancouverite!

TGIF! It is almost weekend and instead of today’s weather, the weekend is going to be great, so you can start planning outdoor activities again! To give you some inspiration, we lined up a few events that you could go to.

When summer arises, festivals do too and there is one you should definitely check out this weekend: the Surrey Fusion Festival. You have to catch the skytrain for a bit to Holland Park, but that is all worth it since this is a FREE festival. It showcases and celebrates the cultural diversity of Surrey and features 70 performances on 4 stages over two days. Besides that you can enjoy food from around the world and as cherry on top: Nelly Furtado is the headliner.

If you want to take it more slowly, you can also go to the Summer Jam at Trout Lake. This is a community event where people can chill and jam around and bring their own food and drinks for a nice and relaxing day.

Want to go back in time? Go to the Rio Theatre and sing-a-long with John Travolta in the famous movie musical: Grease. They have lyrics on the screen, treat bags and even a costume contest! You can either go tonight or on Saturday night. Doors open at 6.30pm and the movie will start at 7.30pm.

Just looking for a day at the beach? You might want to go to Kitsilano Pool then. This giant saltwater pool is right at Kits Beach, which gives you a great lookout over the city! After your swimming day you can stroll straight into Local for some refreshing drinks. This is a nice bar with a big patio right above Kitsilano Pool, so a great place to end your afternoon.

I hope you all have a great weekend with lots of sunshine and I hope to see you all again on Wednesdays PuB NiGHT!

Summer is finally here! During summer time there is a lot to do around Vancouver and there are some good cheap options for that! So to get your summer started here are some ideas.

From July 4th till August 22nd you can watch an outdoor movie for free on Second Beach. They are a part of the Evo Summer Cinema series and all you have to do is bring your own chair or blanket, or just sit on the grass if you don’t mind! You can download the free Outdoor Movies BC App to see the schedule!

If you would like to become a little more active this summer you can take Zumba classes at Canada place. Every Monday from July 24th till August 28th you can join the free Zumba class! Or hike the Grouse Grind to see the beautiful view from the top of the mountain. If you hike up, you only have to pay $10 to take the Gondola back down.

If it becomes too warm to do something active you can always cool down in the Kitsilano pool. The pool is located at Kitsilano Beach and the admission is only $5.86!

You might have been thinking about doing a boat tour around Vancouver, but these can be quite expensive, so a great alternative to that is taking the Aquataxi. The Aquataxi will take you around downtown, but it’s only around $6!

And let’s not forget that all the beaches around Vancouver are free and a perfect place to spend a lazy day!

I hope to see you all tonight on PuB NiGHT!