Wow, Malone’s Bar&Grill was packed last night! In fact, it was so packed they didn’t let anyone waiting in line in anymore.

So, yesterday was Jelle’s birthday and we celebrated it with a bang! We got him a Grenade!
It’s a drink in which you have 2 shots stacked in a glass with even more alcohol.

This is how to drink it: After you pull out the first shot and down it, you have to immediately chase it with the rest of the bomb. A destructive drink!

Afterwards, the night continued on in a similar fashion. We had lots of drinks, chatted and laughed. Good times!

At around 10.30pm karaoke night finally began. Unfortunately, none of us got on stage but I guess it was still nice listening to many many Spanish love songs.

And when the clock struck 12 the birthday ended. But wait…we had yet another one to celebrate. It’s Lina’s birthday today!

Although some couldn’t make it in because either the waiting line was too long or you were denied entry, we still had some fun.

What did you guys think about last night? 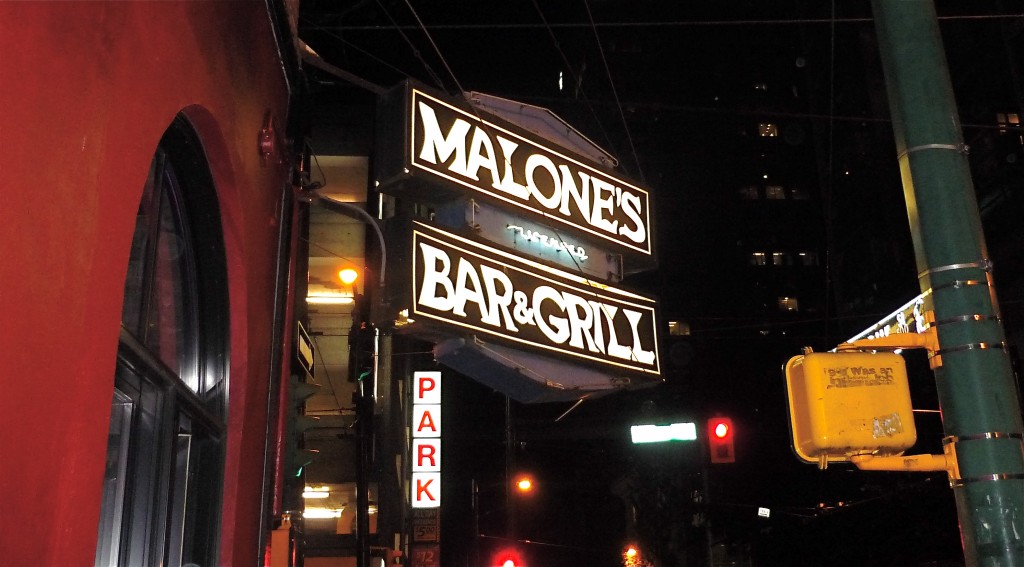 This week’s Pub Night is on Thursday, June 11th and it will be special.

We’re celebrating a birthday at Malone’s Bar and Grill!
Jelle, one of our former PR Coordinators just couldn’t get enough of us after he completed his practicum 2 years ago in 2013. So, now he’s back for more!

Also not to forget, it’s karaoke night every Thursday at the pub.
Those of you who love to sing, oil your voices! 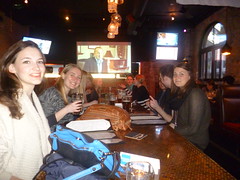 Are you looking forward to another pub night?… of course you are. This Wednesday we’ll go to Malone’s Bar & Grill at 608 West Pender Street. Since Molone’s is situated very central in downtown Vancouver there’s easy access with the public transport. Malone’s is situated closely to both Vancouver City Centre Station and Waterfront Station. At the pub night you can ask the questions you might have about the Portland trip November 14th-16th.

Malone’s Bar & Grill has a delicious menu waiting for you. The menu includes soups, burgers salads, tacos, fish & chips and much more. You’ll get all of these different dishes for reasonable prices. The selection of beer is just amazing with a lot of the draft beers at the price of $5.22. Take a look at the endless beer selection list here.

You can sign up for the pub night here.

Hope you all had a great day, and looking forward to see you tomorrow.