What a wonderful weekend! Hope everyone enjoyed the super nice and hot weather this weekend.

On Saturday I went to Squamish to hike the Sea to Sky Summit Trail, you should 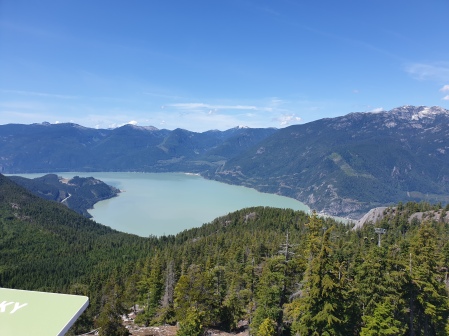 go hiking there. On the way to the top you have wonderful places where you can take incredible pictures and where you are able to just enjoy the breathtaking view. The path leads you through the almost untouched forests and you even pass a waterfall with unbelievably clear water. The path stretches over 7.5 kilometres and you climb 885 metres of altitude. You can imagine what a feeling it is to arrive at the top and have the best view ever. Most people take the gondola down and when you see how high the mountain is you can hardly believe that you have hiked all this before.

On Sunday it was time to do something with our INTERNeX students. We did a picknick at the VanDusen Botanical Garden with a small group of people, but it was really fun to meet up with all the others and to talk about what was going on that week. We met at Waterfront Skytrain Station and took the Canada Line to King Edwards Station. From there it took us a 20-minute walk to the botanical garden. We searched a perfect little spot to sit down in the grass and enjoyed our food. After that we had a stroll around and looked at all the amazing flowers and plants.

It was such a nice Sunday! 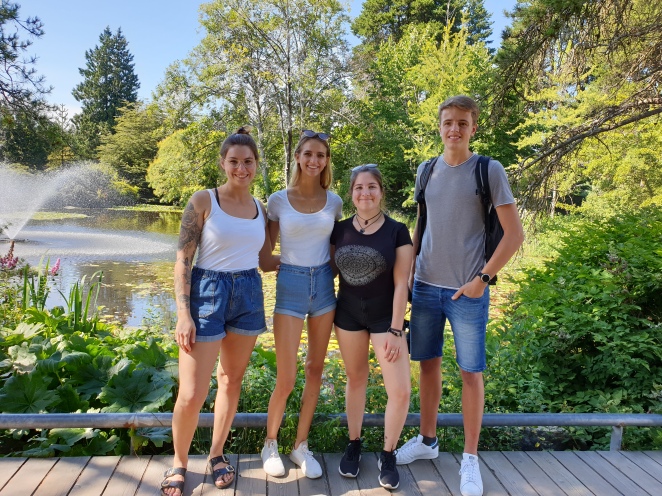 The weekend has to end and now the week starts.

I wish you all a good start into the week and I hope to see you all at this week’s PUB NiGHT!!!

Guess what we did the other day? Well, our PR Team went on a trip to Whistler!
It was a promotional tour organized by Hostelling International and Moose Travel Network.

We started out meeting at Doolin’s Comfort Inn and took off at 3.30pm. 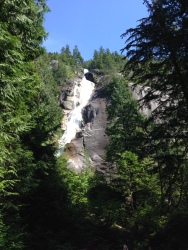 After about an hour drive we made an intermediate stop at Shannon Falls which has really beautiful scenery. Following our break there, we moved on to the HI-Whistler Hostel close to 2010’s Olympic Village.
At that point we were all pretty hungry, so Remy (one of our tour guides from Moose) fired up the BBQ while the rest of the group was shown the hostel’s facilities.
After eating our hamburgers, hotdogs and salads, everything became quite fast-paced. We quickly got ready because we wanted to catch the bus for a night out at the Village which turned out to be a Pub Crawl! That’s right. We visited several bars and clubs where we could 1 free drink at each one! We even ran into countless bachelors and bachelorettes. The Pub Crawl was crazy fun!

The next morning breakfast was pretty early from 7.45am-8.15am. The reason we forced ourselves out of bed after such a 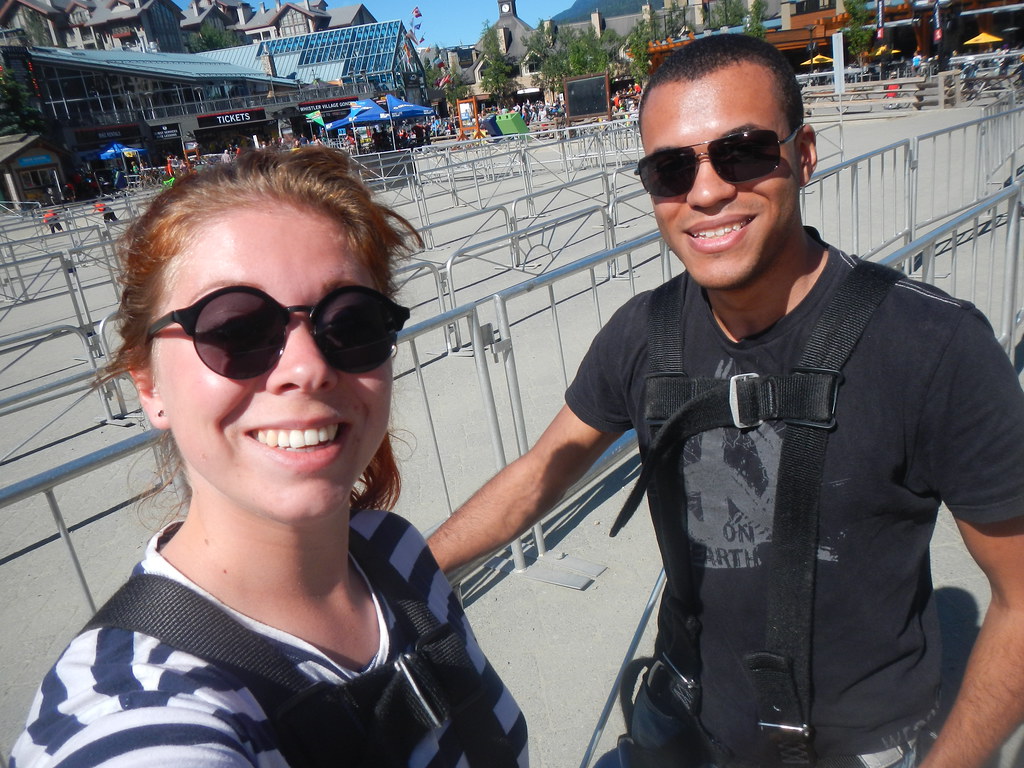 night? That’s because we had a mission. We had to return to Whistler Village. This time, it was in order to go zip-lining. Now, what is that exactly? First, you are strapped into a harness from which you will then hang and ride across a wire hundreds of meters above ground at speeds up to 80km/h! I have to admit that I have a slight fear of heights which made me quite nervous on the first zip line. However, a few seconds after jumping off and realizing I’m not going to die, the experience was incredible! 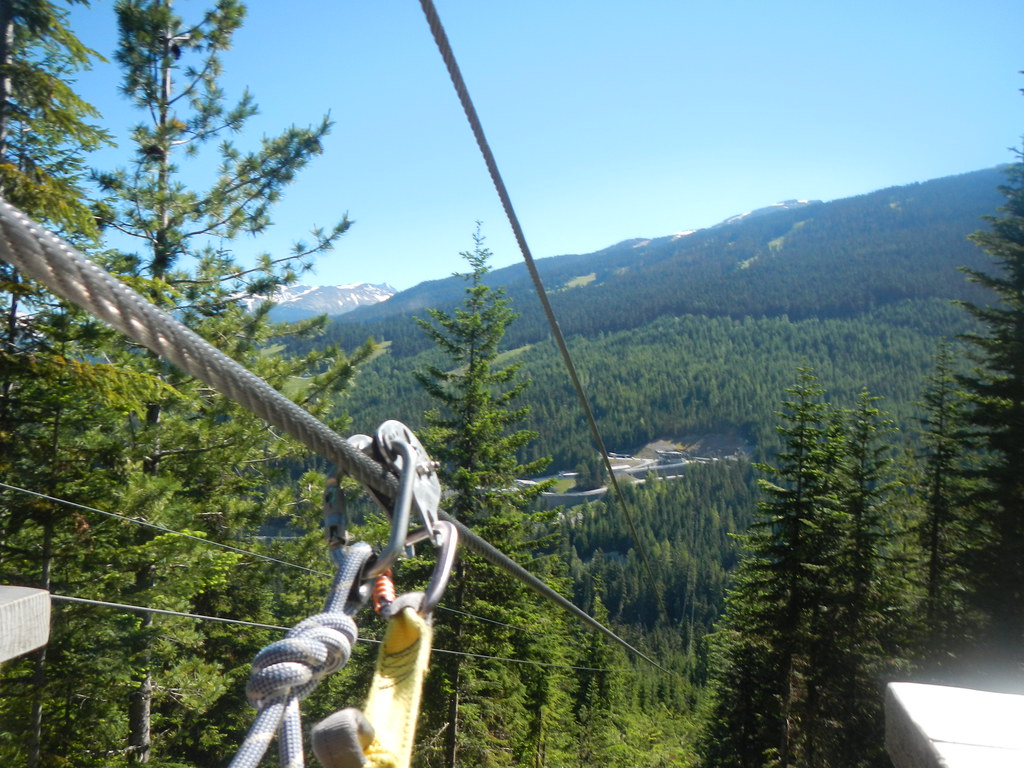 For anyone out there who’s fighting against a fear of heights as well, this is a great first step to conquering it. I was even a little disappointed that we could only go for 5 times.

Afterwards, we had a drink at the Longhorn Saloon and made our way back home to Vancouver, stopping at the Porteau Cove for an in-between break.

Thank you Moose Travel Network and Hostelling International for this great trip!

Like Loading...
This past weekend INTERNeX was invited to join Moose Travel Network and Hostelling International for a trip to Whistler.
Whistler is located about 1.5 hours from Vancouver and is famous for it’s slopes. During winter time the village is packed with people who like to go skiing and snowboarding. But year round there is so much more to do around Whistler, such as mountain biking, hiking, and zip lining! Also, in 2010 the Olympic Winter Games were held in Whistler and that is why Hostelling International decided to build a place where the athletes could stay: Hostelling International Olympic Village. After the Olympic Games the hostel opened to the public and now hosts many international travellers who come to visit Whistler. 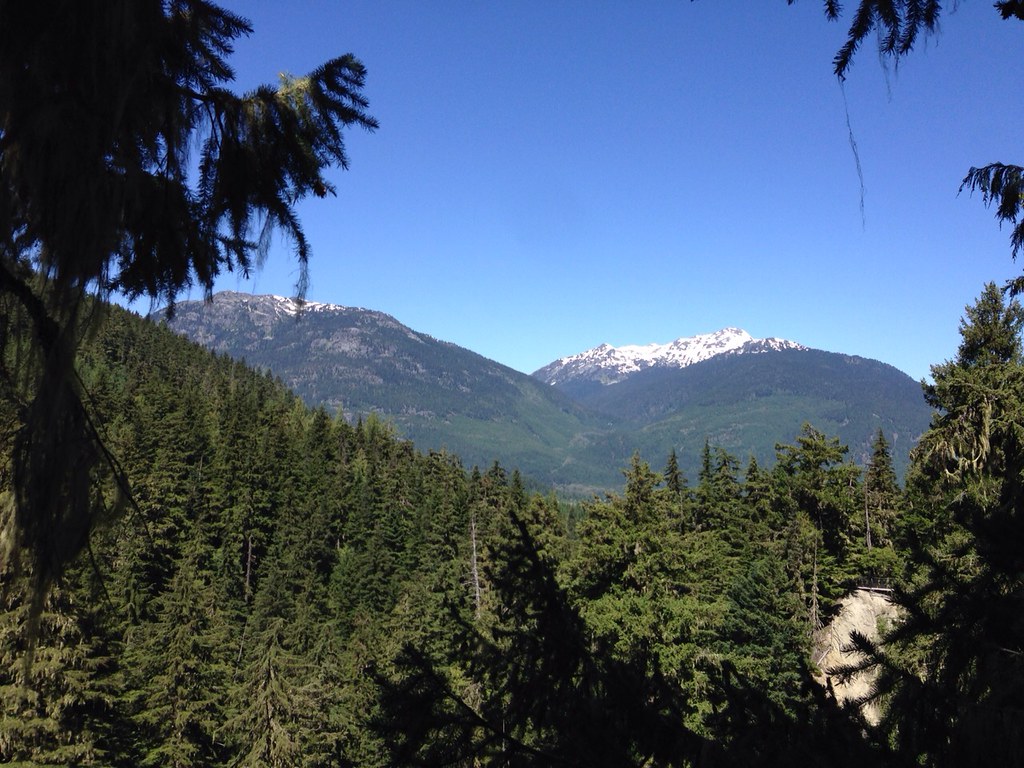 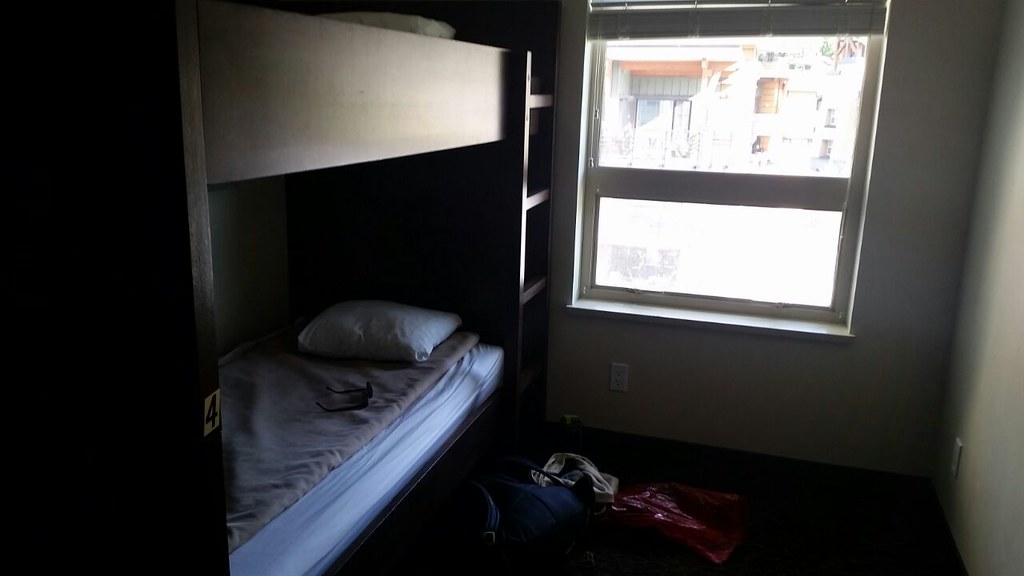 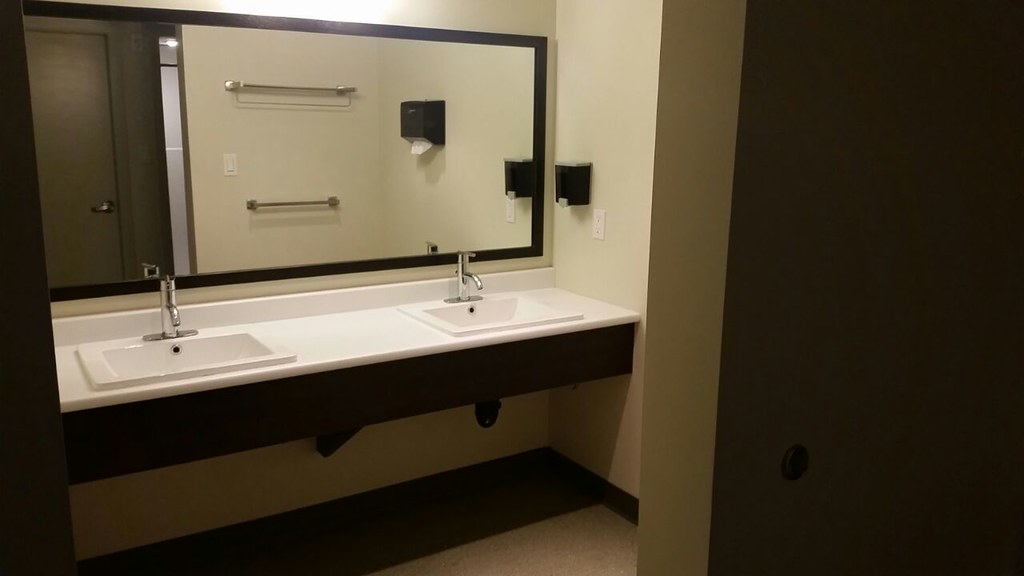 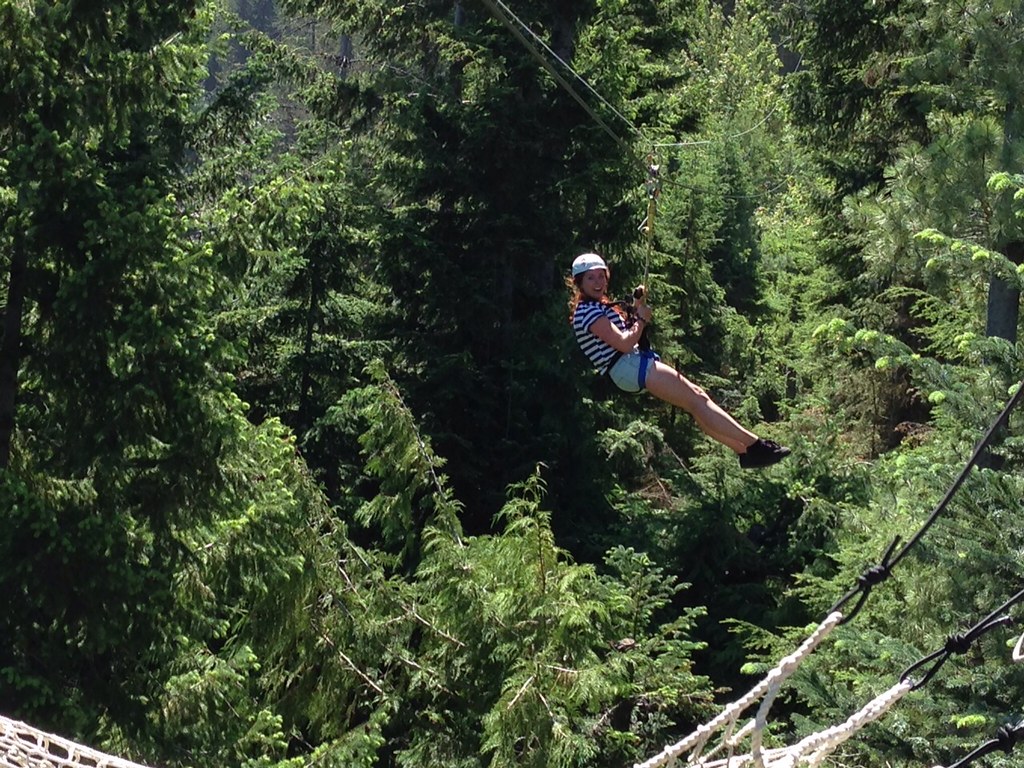 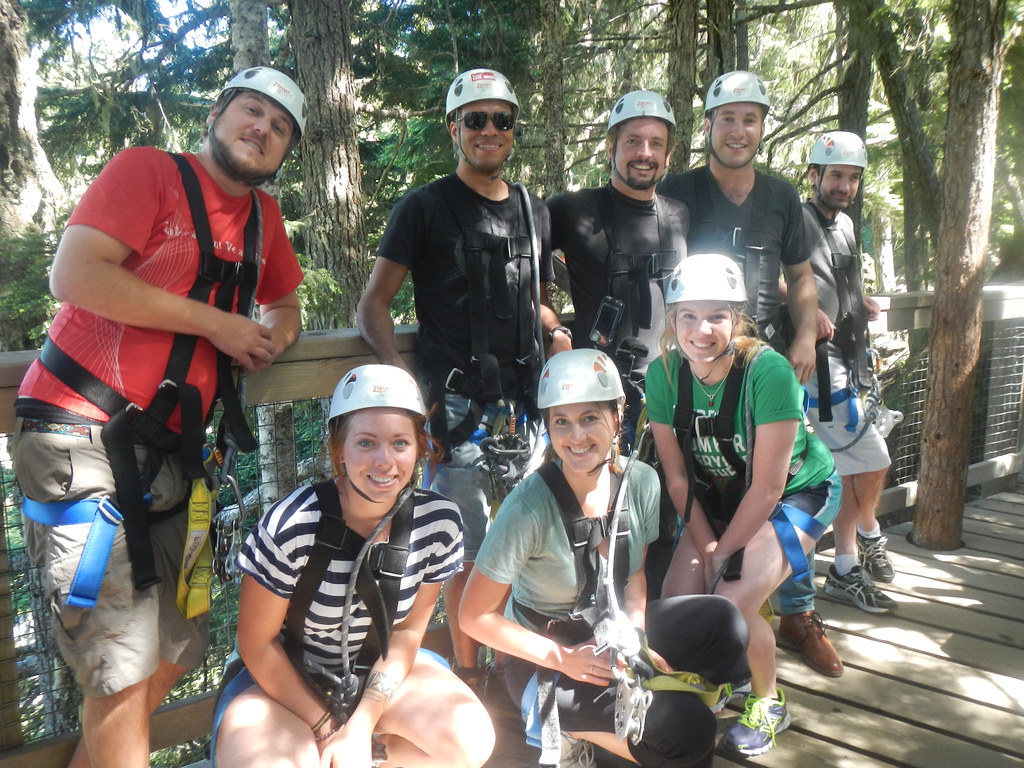 It’s Sunday again, time for a new smart saver! Since the weather is going to be sunny and warm, way not cooling off in one of the lakes near Vancouver. 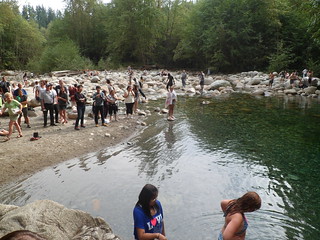 Lynn Canyon
Lynn Canyon is easy reachable by transit (cost on the weekend only $2.75!) with many places to cool off. Lynn Canyon even has a suspension brigde. The main swimming hole is at the top of the trail where you can watch, if you are lucky, some cliff jumpers jump. However this is also a very busy place, so keep walking on towards the twin waterfall, there it is more quite and also a really nice spot for a picnic.

Cabin Lake on Cypress Mountain
A perfect combination of hiking and relaxing. Check here to see which trail you want to take up to the lake. After the hike you will find yourself in a beautiful place with a nice lake and a perfect spot for lunch. Take a dip in the water before you head back down again. 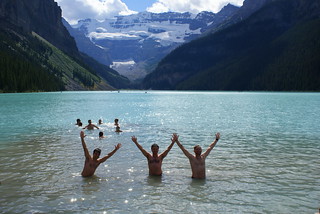 Pool99
And than there is pool99. A very popular spot for cliff jumpers, the water is freezing cold. It’s is a bit tricky to find your way there, you might have to jump over a located gate, however since it is weekend you won’t be the only one going up there.

So enjoy your weekend and to give you the heads up for next weeks smart saver: Free Transit on BC Day.

Free Transit on BC Day
Due to the delays on the 23rd of July on the expo and millimim line. Translink offers compensation to everyone who want to use the services of translinke on BC Day, you can travel for FREE! So look up what is going on on BC-day in Vancouver and around and get your free transit day!

The weekend is finally here! (almost few hours to go). What a beautiful day to end this week. I mean, the good weather of course! So if you do not know yet what you want to do this weekend, we made a small list for you!

Grouse Grind Hike
Another great thing we’re planning to do is the Grouse Grind. This hike is all the way to the top of Grouse Mountain. It’s an average climb so bring some good shoes and water with you! Because the experience depends on the views we will decide 2 hours before the climb if it’s a go.

So, let’s hope the weather is nice on sunday! I hope that all of you have a great weekend and feel free to join us with the activities above.