“You Fat Bastard!” is what all the Whitecaps supporters yell to disturb the opponent’s goalkeeper.
Yesterday we collaborated together with International House, a language school we work closely with and went to see a CONCACAF game. It was the Vancouver Whitecaps vs Olimpia from Honduras. 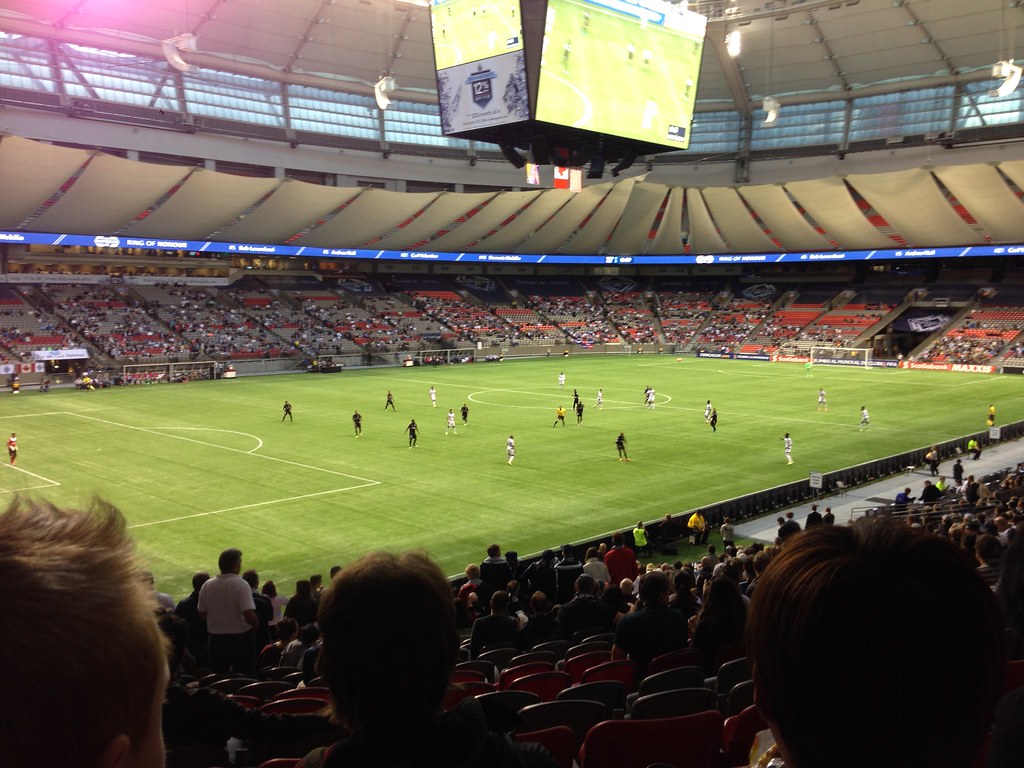 First, we met with the language school students. It was quite interesting and it didn’t take long for everyone’s curiosity to get the better of them and mingle.
After growing into this big group we made our way to Doolin’s Irish Pub there we met the manager of International House who was just as excited to see the game as the rest of us. At Doolin’s we drunk a quick pint of beer before we all marched together with many other Whitecaps supporters to BC Place who were beating drums and cheering all the way there.

Finally following our arrival at the stadium and getting our seats in the supporter’s corner the game began. The Whitecaps were dominating the game from the beginning but only in the 42nd minute 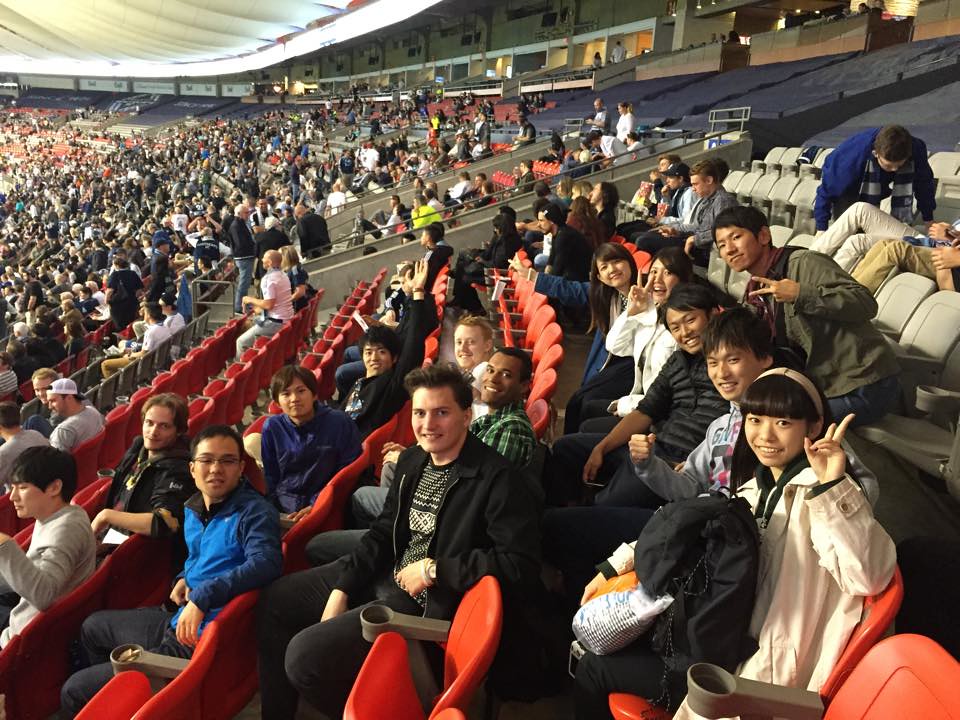 were they able to score a goal through Kianz Froese! 1-0 for the Whitecaps! And the fans cheered with all their might.

For the second half the Vancouver soccer team decided to play a little more defensive. However this gave Olimpia more chances which made the game even more exciting than the first 45 minutes. There were some pretty close calls but luckily the Whitecaps were able to keep the score and leave the stadium as winners.

In the meantime many of our other INTERNeXers gathered together for the “Alternative Pub Night” organized by Steve. We joined them at Steamworks after the game and brought along some of the students from International House. 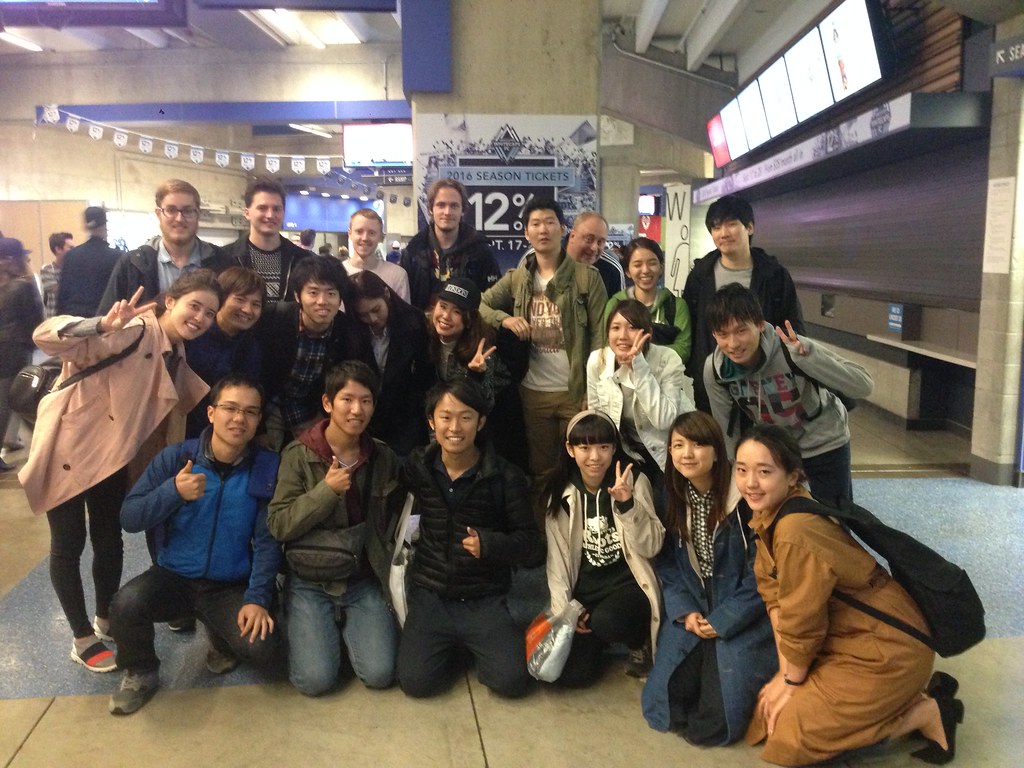 It was an awesome night with lots of fun and excitement!
See you next time!

Vancouver’s favorite soccer team is having a match on September 16th. And it’s not just any game. It’s a CONCACAF game which can be compared to Europe’s Champions League. Only here it’s a league for North and Central America as well as the Caribbean. That means this match against Olimpia from Honduras is quite a big deal! 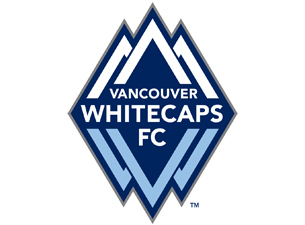 On September 16th, instead of a normal Pub Night, we’ll be able to cheer for the Whitecaps together with their most loyal and crazy (in a cool way) fans.

We’ll meet up at Doolin’s Irish Pub at 5:00pm. It’s early for a Wednesday but it’s definitely something you shouldn’t miss if you want to have a real Vancouver experience!
In case you can’t make it at 5:00pm still try to be there before 6:00pm because that’s when we begin marching towards BC Place.

Besides the hardcore fans we’ll be there together with International House, a language school INTERNeX works closely with. They actually came up with this event and helped us get these awesome tickets! Cheers to that!

Tickets are 30$ per person. Just drop in to the INTERNeX office until latest September 11th to pay for an exciting game with the Vancouver Whitecaps.