As you all (hopefully!) know, we are going to the Rockies this weekend! Very, very exciting! Unfortunately, not everyone is able to join us. If you are one of those people, this blog post is for you! Let me tell you about all the fun things you can do this weekend that will make up for missing out on the trip!

Did you enjoy going to a fun fair when you were younger? Going on rides? Eating cotton candy? Well, this weekend is your chance to be nostalgic and feel like a kid again! All weekend long there will be a pop-up carnival in Surrey, where you can enjoy the view when going on a Ferris wheel, bump into people when using the bumper cars and go on more adult like rides that induce adrenaline, such as the Zero Gravity ride. And even if you’re not the I-love-carnival-rides-type of person, you can still have a great time at the food court eating corn dogs, snow cones or cotton candy.

ne enjoys carnivals, maybe the next activity is more soothing for you. Have you ever wanted to feel Canadian? Why not go to a game of one of Canada’s national sports?! You can even choose which one! Cheer on the Canucks at their hockey game in the Rogers Arena or the Stealth at their lacrosse game in Langley, all while being surrounded by sport fanatics!

Sunday! Which means… it’s EASTER! Although looking for hidden chocolate eggs and painting boiled eggs might seem a little childish when you’re an adult, that doesn’t mean you cannot celebrate Easter! Meet up with a friend and enjoy an Easter brunch at one of the many places offering them (Seasons in the Park, The Wild Fig, Teahouse). And if you still enjoy celebrating Easter the way you did as a kid, be my guest! Let someone hide eggs around the house (or around town if you’re feeling adventurous) and go look for them! Tip: Use plastic eggs and fill them with alcohol, drink whenever you find one!

See you all on the Rockies trip! And to those who aren’t joining: have a good weekend and enjoy Easter!

It’s weekend again in beautiful Vancouver, which means tons of events. We picked out a couple of events that might be of interest for you! 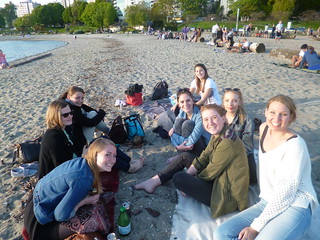 Sunset Beach Social
Let’s hope for sunny weather on Friday so you can start the weekend at the sunset beach with an art market, outdoor roller disco, performances by drag queens and if you feel creative build your own sand castle and you might get lucky and win a $500 cash prize!!! The event starts at 5pm and goes still sundown. See here for more information. 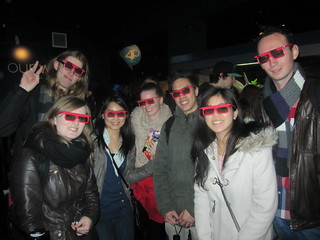 Vancouver Aquarium
On Saturday our own INTERNeX event will be happing. We will visit the renewed Vancouver Aquarium in Stanley Park. We will meet at 11am at the doors of the aquarium. If you are a student don’t forget your student card! For more information click here.

PNE at Playland
The annual fair is back at the Pacific National Exhibition. The fair host many rides and attractions such as a wooden roller coaster. A day at play land is definitely a must do for the summer, if you don’t have time this weekend, no worries the fair is there till september 1st. Tickets can be brought online ($29.50) or at the gate ($32.50). More information can be found here. 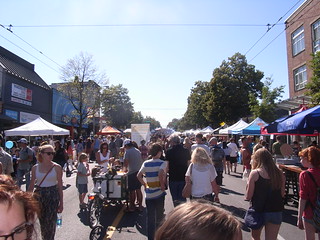 Victoria Drive Summer multicultural Festival
Duringt the summer festival on Victoria Drive many different cultures will perform live performances. You can also win prizes and participate in activities. The festival starts at 12pm and goes till 5pm. You can find more information here.

Vancouver Food Truck Festival
And of course what would Vancouver be without a food truck festival in the weekends? The festival will be held at the olympic village (215 West 1st Avenue) it starts at 12pm and goest till 5pm. The entry fee is $2 unless you bring a food bank donation than it will be for free.

With the eery and dark atmosphere, it was a perfect way to accompany the frightful night that was awaiting us.

Our first stop was The Asylum.  There was fog and smoke, and of course darkness.  We tried to hold hands throughout the walk down the dark and narrow corridors.

As we walked through, there were rattling doors and loud knocks on the door with screams demanding to be let out.

Our second stop was Hollywood Horrors.  The scariest part was a Freddie Kuger look-alike suddenly running after us.  There were many Jason’s with masks and chainsaws lurking in the corners.

Our third stop was the Car-n-Evil Haunted Clown House.  There were already two clowns greeting us.  Talk about a phobia of clowns! Now I know why – with their masked deceptive smiles and evil eyes peering back at you, it would send chills down anybody’s spine!

An interesting feature they have is the 3D glasses! As you walk through the Clown House, you see layers of footprints on top of the ground, and splattered paint and blood around the walls.  The 3D experience increases the intensity of the fear as every clown seems to pop out at you!

Our fourth stop was The Darkness.  As the name implies, the whole house was dark, and it was hard to even step one foot in front of the other.  This one had rattling beds, and a dead corpse that tries to crawl out to catch you.

Our fifth and final stop was the Haunted Mansion.  It was the most fun-filled, as we see a family of dead corpses lying around.  One of the girl had a doll in her hand, crawling the ground to catch you.  There were alot of dead corpses tied by their heads hanging by the exit, so you had to swat your way through the dead corpses before you exit the house!

There are also rides included in the ticket, so we got to catch a few!

The scariest part was having costumed people sneak up on you.  Yesterday, there was Jason running after you with his chain-saw, dead corpse, dead children, clowns, and many more!

Come join us for our upcoming Pub Night this coming wednesday!!!

Sorry for the lack of blogs, but I have been under the weather…and now, with a few tweaks here and there, I am back up and running!

I saw some new people to our regular pub nights yesterday.  It is always great to meet new faces and have our group expand into a very multi-cultural community at INTERNeX.

As promised from yesterday, I will blog about the upcoming events since you all told me that apparently you read the blogs!

First of all, let me have a warm welcome to Sven, who attended his very first pub night.

And a sad goodbye to Christina who is leaving this Saturday!

I am surprised at how quickly we bond over a beer and talk about everything under the sun from vancouver, your home country to relationships and philosophy!

And now, for further news, I am updating you all on the upcoming FRIGHT NIGHT I have been preaching to all of you about over the several past pub nights!

So, again, MARK YOUR CALENDARS!

Please PURCHASE tickets from me:

What does this include?

I will post the deadline and a reminder closer to the date, but preferably by Monday!

Enter if you dare...

That night would be one of your most memorable, scary but amazing experiences.

You will celebrate one of Canada’s most cherished and beloved holidays – HALLOWEEN!

The event takes place at the Pacific National Exhibition.  PNE is a non-profit organization that hosts both the Fair as well as Playland during the summers.

For October, PNE is transforming its entire place into a Halloween-themed event.

We will go through 5 haunted houses and after being all shooken up, we will hop onto some of PNE’s most famous rides, such as the Wooden Roller Coaster, The Corkscrew, and Pirate Ship.

If haunted houses or rides are too much of an adrenaline-rush, you can visit some of the exhibits, such as the “History of Execution Display”.  There, you will get a look into the torture devices used since the beginning of time.  There will also be sights and sounds to stimulate your senses: a junkyard symphony filled with music created from everyday objects, and geometric designs set on fire by the Kinshara Fire Performers.

You really wouldn’t want to miss this action-packed night of spine-tingling, hair-raising fun!!!