Yet another weekend ahead of us, so here are some inspirations I want to give you to fill out your weekend! =)

Some of us get to experience a great event on the weekend: We’re going to Vancouver Island to see Tofino with the possibilities to go whale watching or surfing. We then head to Victoria to see that beautiful city as well. To top everything we then are going to Nanaimo to go bungee jumping! =)) Hopefully we can do a beach fire in Tofino (I really want to experience this!). I think it’s going to be such a nice event with lots of great moments, sunsets and cool people. Don’t miss the next time we go to Vancouver Island =)

In fact the weather is going to get a bit colder, so going for a walk in Stanley Park in Summer with the nice sunny vibes is not going to last any longer. Maybe give Stanley Park a try and go for a walk as long as it’s still sunny out. It’s one of North America’s largest urban green spaces with lots of forest-and-mountain oceanfront views. Also the park sit studded with nature-hugging trails, family friendly attractions, sunset-loving beaches and also tasty places to eat at. If you walk around the Seawall, which was built between 1917 and 1980, you can see the nice Waterfront area and next to it the beautiful nature of a forest. You can walk the trail in roughly three hours and see lots of figures and attractions like the popular totem poles of an abandoned 1930s plan to create a First Nations “theme” village. There are also some hidden figures and statues which you might be able to catch. Some natural attractions like the Lost Lagoon offers views of a little lake with animal wildlife such as raccoons, squirrels, birds and coyotes. Just keep in mind to give wildlife its space and do not approach or feed it. It doesn’t matter for which reason you come to Stanley Park, just a walk, jogging, going to the beach, seeing some wildlife, seeing some art, taking some pictures…..etc. Stanley Park will serve everybody who has some expectations about it. I promise!

If you’re not into nature I can recommend going to the Richmond Night Market. It’s located right besides the Fraser River, which separates South Vancouver from Richmond. You can get typical asian food and drinks and also some arts and crafts from the asian culture. The variety of different things you can get there is phenomenal! Asia’s night markets are all-night extravaganzas of tastes, smells and sounds. But you don’t have to journey far to indulge in this epic tradition. Devour crab meat noodles, BBQ squid, ramen, Japanese poutine, Brazilian pastries, spare ribs, sushi, Afghan bolani, even sausage in a waffle cone—with 70 food and 100 retail stalls; you’ll have no problems finding some food. If you go to Richmond, the whole vibe changes because for example the signs are now firstly in Chinese and then in English. So be interested in checking out a different culture at the Richmond Night Festival! 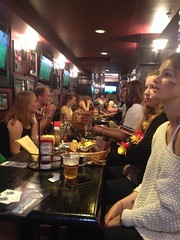 Last Saturday we met to watch the Soccer World Cup match Germany against Ghana, the second match of both teams in this world cup. So we all were at 11 am at The Pint, ordered some food and drinks to be ready for an exciting soccer match. While we waited for the kickoff we discussed about the world cup and about our bets for the match, everything was about soccer, which was really fun.

After the kickoff all of us followed the game very curious. It was a very nice atmosphere in The Pint. A lot of Germany-supporters and some support-chants during the game. Even when the match wasn’t that good from Germany. In the end it was 2-2, maybe some of was were a bit disappointed, but now it is up to the third match. We will let you know where we will meet us for this match in the next days! 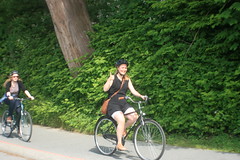 After the match most of us decided to enjoy the sunny weather at the beach or with a bike ride around the Stanley Park. After we rented our bikes we followed the way into the Stanley Park to enjoy the sun and the amazing view when we biked along the Seawall. It is really fun and enjoyable, if you didn’t tried it before, you really should do it while you stay in Vancouver!

We hope you enjoyed your weekend and be ready for the upcoming week. Please remember that there won’t be a PuB NiGHT on Wednesday because of the PuB & Club NiGHT on Friday! 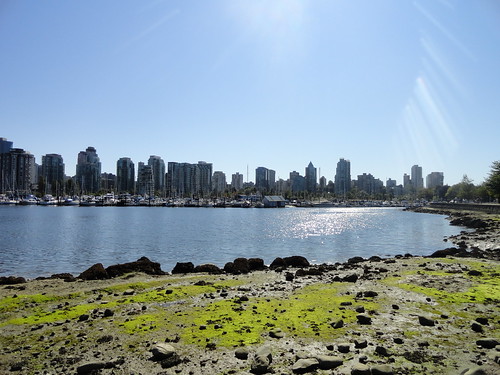 Let’s explore Stanley Park all together with a amazing bike ride. We will do the Bike Ride through Stanley Park on Saturday the 14th of June. We will meet at 2pm at Denman Street corner West Georgia Street and get our bikes. The bike rental will be about $6 per hour. Please make sure you have enough money with you.

For those of you who don’t know, Stanley Park is Vancouver’s biggest park, located on the edge of Downtown Vancouver. Every year Stanley Park attracts an estimated of eight million visitors every year, who come to check out the beauty Stanley Park has to offer. Also Stanley Park is 10% bigger than the New York Central Park, so pretty big.

As the weather in Vancouver can change at a moment notice, be sure to check out our blog frequently. Should the weather be really bad, we will post a notice on the blog saying if we are cancelling or not. You can also send us a message (604 368 0816) to check if the bike ride is still on!

We hope we will see you all on Saturday for the bike ride.

So my last weekend in Canada has finally arrived.. Therefore I want to write and share my top 3 things to do in Vancouver!!

#1 – Rent/Ride a bike!
Really the coolest way to see this amazing city is by bike. The last 14 weeks I rode over 1000km through the city of Vancouver! The best way to rent bikes is around Stanley Park (Denman/Robson St.) There are lot’s of renting facilities around this street. Normal prices are between 30-40 dollar for one whole day and 20-30 for half a day. Below you can find some companies that I recommend:

The best thing to do is make a tour in and around Stanley Park. You can take the easy seawall to make a round (12km). If you have more time bike the Lion’s Gate Bridge as well!

Last Friday, my very last day riding my bike to the office, I discovered a flat tire! How peculiar? 😉

#2 – Go by ferry to Granville Island MAP
This spot is one of my favorites! The island is easy-going with lot’s of special food and other things to buy. They have an enormous market with more local products then you can imagine! The best way to get there is with the False Creek Ferries! These small boats are sailing all over False Creek. The oneway fee is between $3-5 dollar.. But for this price you get a great view of the harbor, boats and the Yaletown skyline!

#3 – Visit Gastown and all his pubs!
A awesome place for me during my stay in Canada! Because the office is in the middle of Gastown, it was not that hard for me to discover this place.. I was really surprised by the Irish and British culture influence in this area. Most of the pubs and bars are built in this style. Maybe that’s the reason that I like this place so much!

The places I like and recommend in Gastown are: LampLighter Public House, The Black Frog, The Blarney Stone & The Steamclock.

Last Sunday some of us enjoyed the beautiful weather in Stanley Park. We rented bikes and had an amazing ride around the park. For all of us it was the first time exploring the Seawall, so we stopped for a lot of pictures. With such beautiful views in the background, Oliver tried some cool bike stunts that now make a great picture of the week. This pic captures it all: Vancouver, spring and outdoor activity, a perfect motivation for the coming summer!

Have a nice weekend,