“For how many people do you want to make a reservation?” “I think between 10 and 15 people” “Sure!” …And there we were with 20 people! Wauw! We are very happy to see that so many of you showed up. A big group means also big fun! And we definitely had a lot of fun! Thank you all for joining this pub night!

We had a lounge for ourselves. A couple minutes after eight the lounge was already filled with people. We got a shot from the pub, so cheers to that. But after, more people were still coming, so we moved to a bigger table upstairs. Then it was time for the real work: the bingo began! And yes, we got our first prize! Alina got a free shot (which she was unfortunately not allowed to drink). Then it was time for the music bingo. And yes, another prize! This time Hanna won a free pitcher of beer. After singing out loud to the classic sing alongs and a couple dance moves later, we decided that our voice was not loud enough yet. So we went to the karaoke bar to sing through a microphone this time. Because some people still didn’t want to go home yet, the party continued in the Bourbon. After ordering a free burger (haha) the night was over.

The Beaver bar is a nice cozy bar underneath an international hostel. Every night they organise a different activity. For example the bingo, but also trivia or a DJ night. And a new great deal every day. All the ingredients for the perfect pub night! Since everybody loved it, we definitely are coming back here! Thank you for joining us this night and I hope to see you at the Chinese lantern festival this Saturday.

Last night’s Pub Night at the Lamplighter turned out to be Bourbon Bingo night, cool surprise on our Wednesday night! We all got our sheets and a huge marker and while we were enjoying our Pale Ales and Witbiers the DJ explained the rules. Another surprise was the waiter who had four beer samples left from a Northern Vancouver brewery which we could try. Free is always a good thing, however this beer was no one’s favourite except for Maude’s haha.

Back to bingo; every round a different figure was required in order to win, once one would have that figure that person had to shout out loud ‘BOURBON BINGO’. 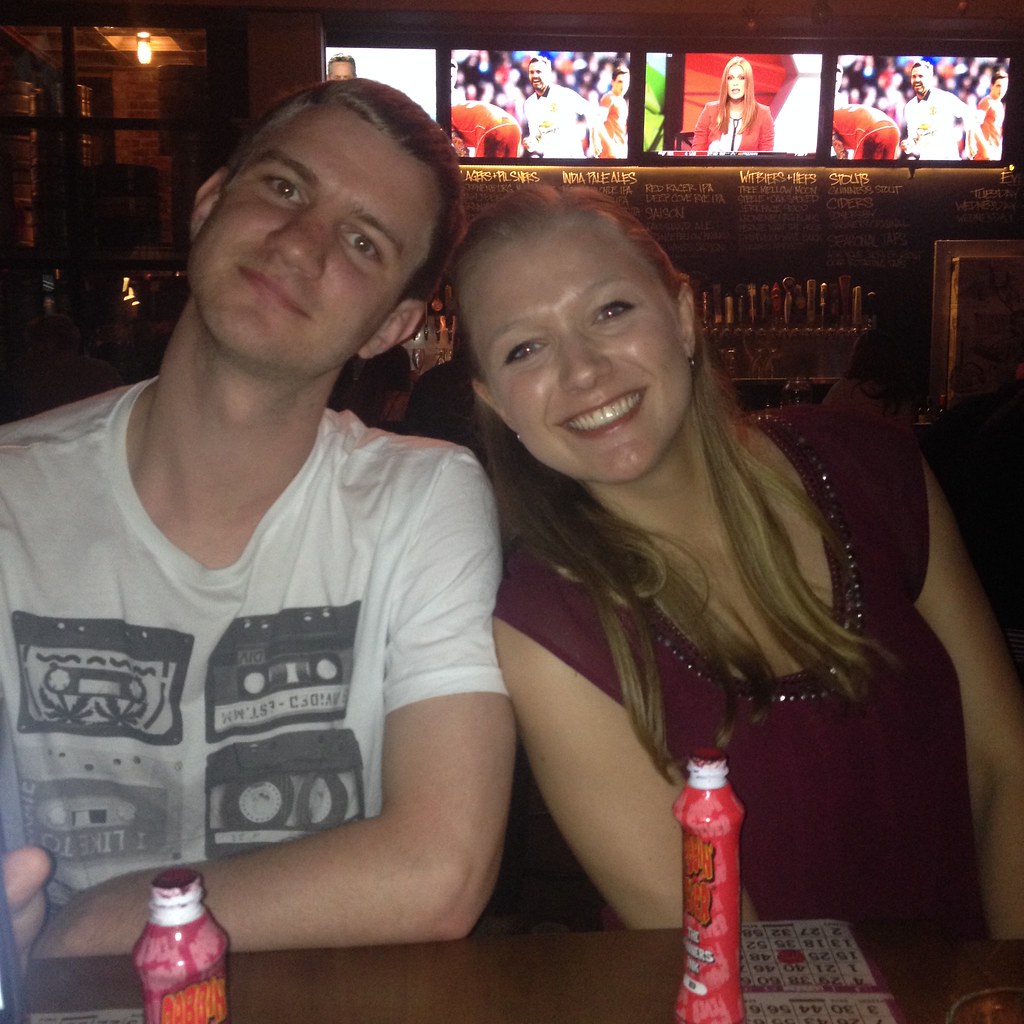 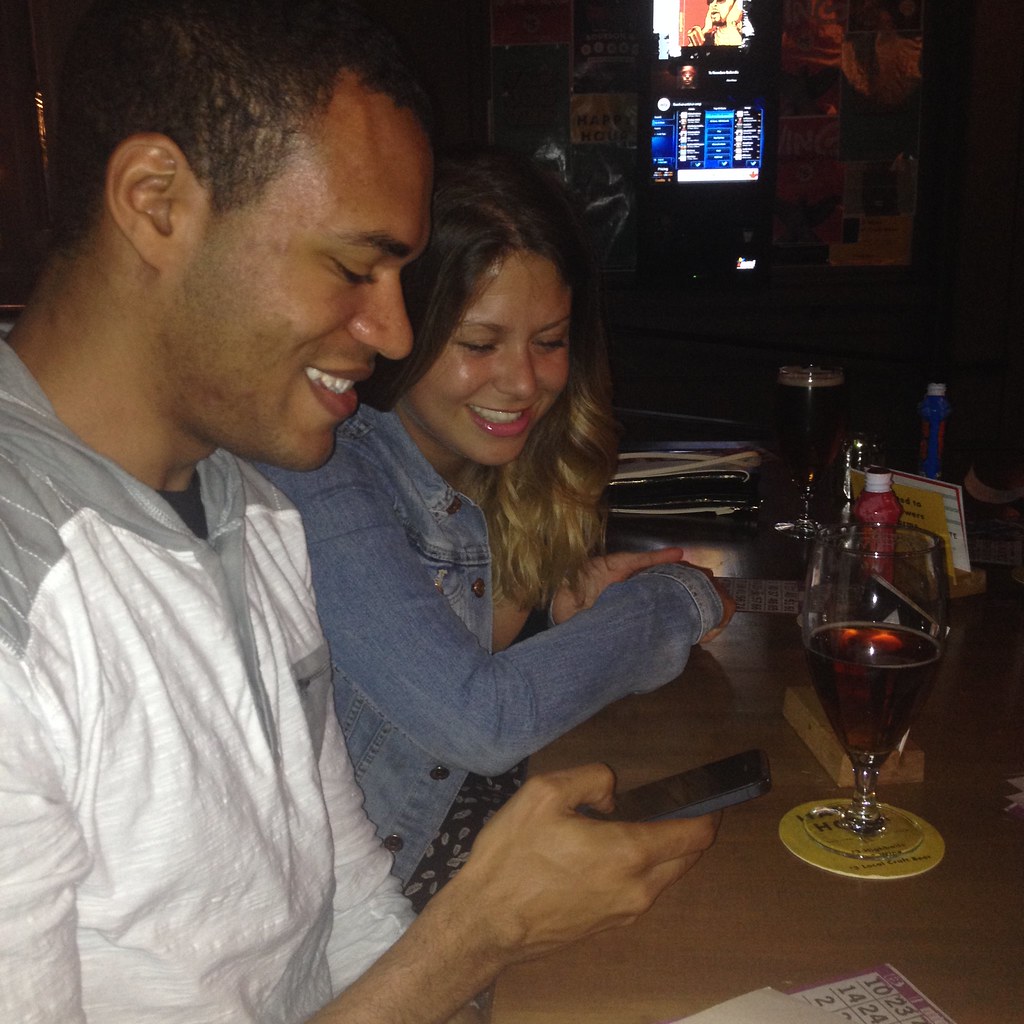 In the first round we only had to get one line in any of the three squares on our sheet to win beers for the whole group. Shame that non of us won, nevertheless the second round made up for that! Our new Swedish friend Rasmus won shots of Bourbon for the whole table by being the first one to have a cross on his sheet! Awesome! As for the next round we needed a full square on our sheet, the prize was a round of beers, a round of shots and a 25 dollar gift card.

Well, after that second round non of us won anymore, but it was good fun anyhow! It is quite nerve wrecking to almost have bingo and see someone else win instead.

Thanks for coming folks! Catch up soon! 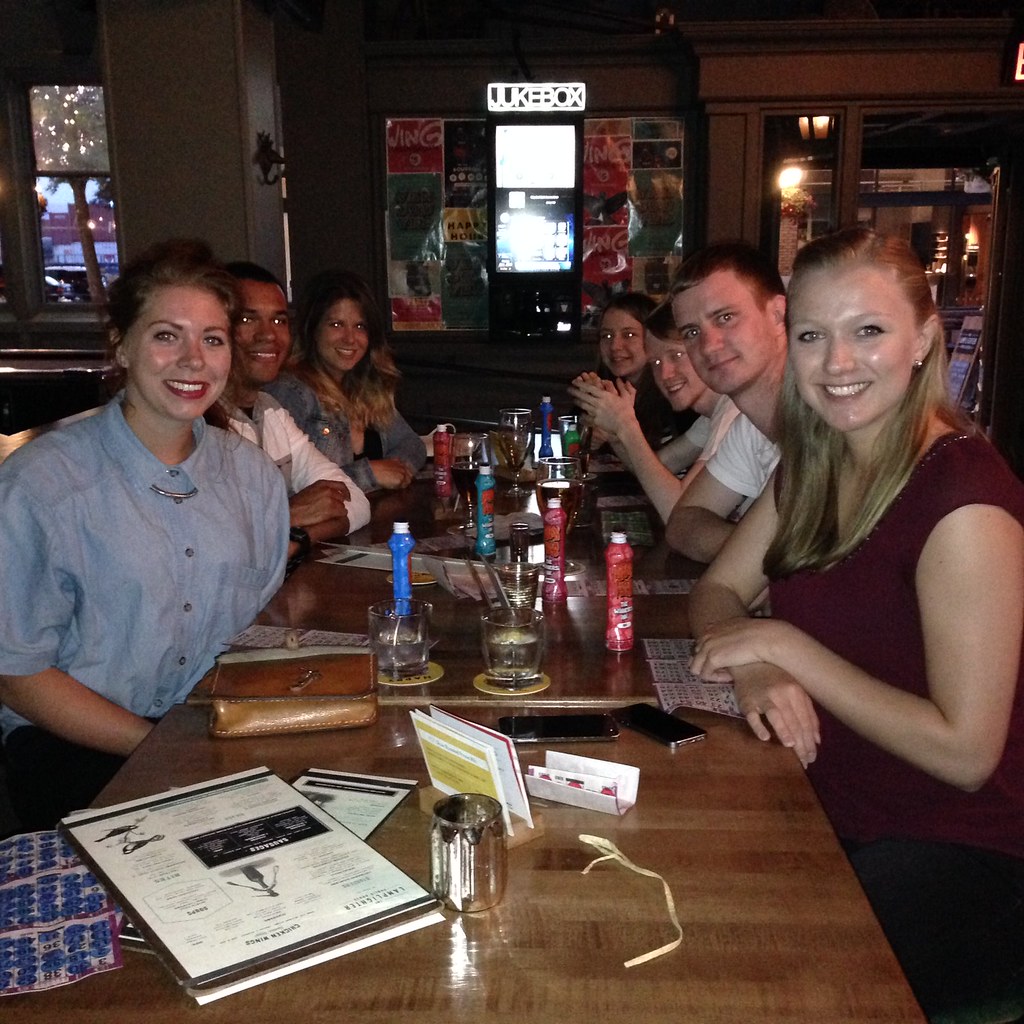 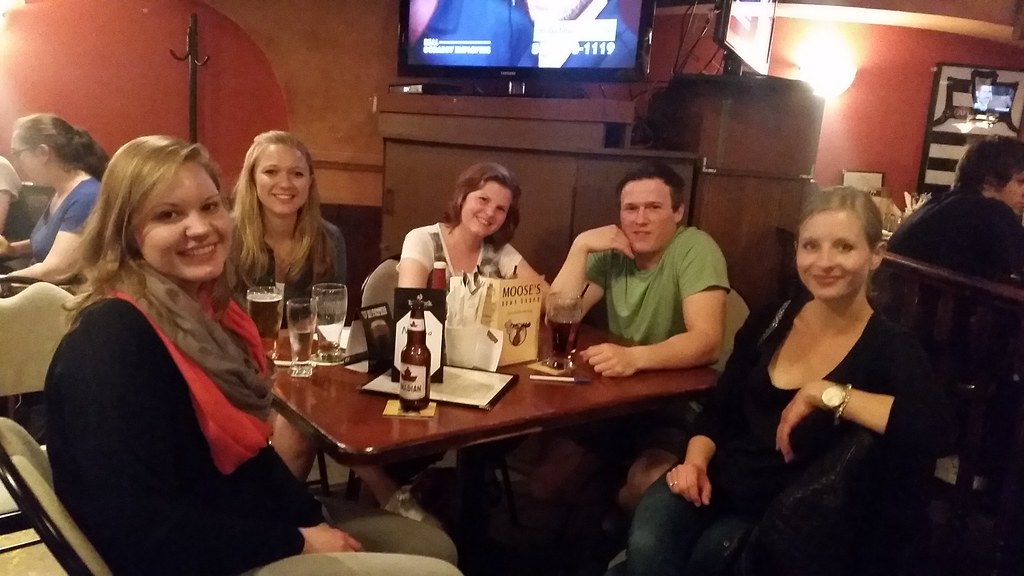 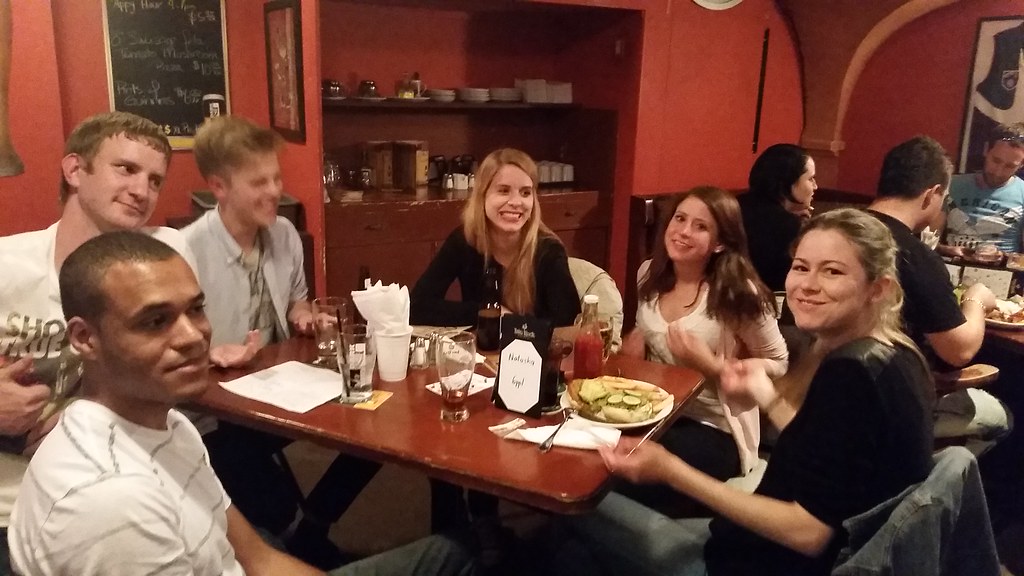 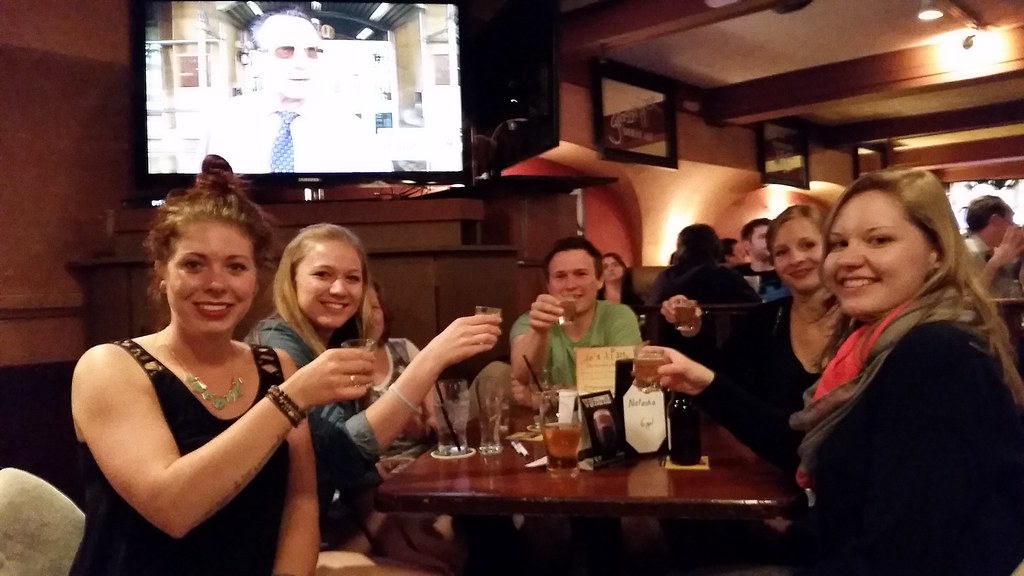 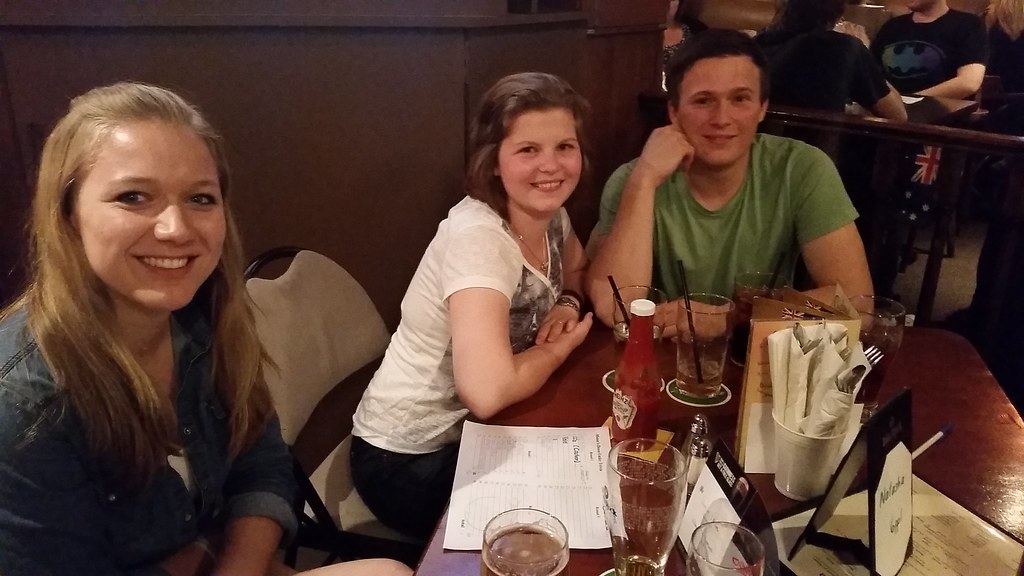 Last night we had our weekly, my first but definitely not last, PuB NiGHT at the Bismarck. The Bismarck is a local cozy bar near the office, with a touch of industrial vibe.

Drinks and food, which looked delicious, were orderd. The ‘newbies‘, were introduced to the 151, a pretty strong burning rum. Apparently is can also be lit on fire, so that is something to try for a next time.

I heard a lot of different activities you guys want to do, so I am going to do my best to plan them. And whenever you have a idea, comment, question or anything else, you can come by at the office, call us or write us on facebook.

As you can see there are no pictures of the PuB NiGHT, so if made any pictures during the PuB NiGHT and do not mind sharing them, just send an mail to pr@internexcanada.com with the photos.