Oh Canada! 🇨🇦🎶 Happy 151th Birthday and a huge thanks for the long weekend you gave us. It was great to have three days to relax, spend time with friends and enjoy the excitement about the True North. 👍🍁 So, what did I do?

I started my weekend off on Friday with our INTERNeX event. We watched the Baseball match Vancouver Canadians vs Salem-Keizer Volcanoes in the Scotiabank Field at Nat Bailey Stadium. ⚾

It was the first Baseball match I ever watched and I have to say it took me some time to fully understand the specific rules. But after patient explanations by Billy and Samuel and observing the field, I was able to follow the game. In the end “our team” (the Vancouver Canadians) won. The three hours we spent at the stadium got us freezing and the majority was ready to head home and get some rest. The 50 minute-journey home turned into a nightmare ride of 1.5 hours, because the Skytrain seemed to be experiencing some operational/technical problems. But in the end I arrived safely and happily.

On Saturday I went shopping. It was time to get some supplies for Canada Day which was celebrated on Sunday. The afternoon I spent in Stanley Park and I tried my first Poutine! Absolutely delicious, but definitely not something I could eat on a daily basis. 😉 In the evening we celebrated Nadine’s birthday with a small group at the Bourbon which was a lot of fun. 🎉

And then it was already Sunday. It was the 151th anniversary of Canada and like each year there were celebration all over the country. Different options to celebrate this special day could be found all over Vancity. INTERNeX decided to join the biggest celebration, which was at Canada Place.

We met at 4.30 pm and watched the life performance by Jojo Mason. I really enjoyed the songs and covers he performed. His attitude was just so positive! And as he sang the national anthem, everything somehow stopped. Nothing but his voice filled the air and you could hear the Vancouverites sing along with pride. It felt as if the world stood still. Just for a moment. I definitely got goosebumps.

After he finished his last song, we went to get some food from the food trucks. The group somehow split up and I settled down at the steps down at the Olympic cauldron with a small group of people and we were waiting for the fireworks. Unfortunately, it started raining and we had to move. It took us ages to find a coffee-house that was open and not totally packed. So, once we found one, we already had to leave again, to be on time for the fireworks. At 10.30pm the fireworks started and lasted for around 20 minutes.

It was really beautiful and shapes like smileys and hearts lit up the sky over Coal Harbour. After that, it was a real struggle getting home, because it felt like the entire population of Vancouver was at Canada Place and now tried to get home. The line for the Expo Line was several hundred metres long. But I succeeded and once I got on the train I got home quite quickly.

The Monday was a day to relax. I just stayed home, watched the soccer games and Netflix. Well, it was a busy weekend, so the free Monday was well-deserved. 😊

I hope you enjoyed the past three days and enjoy the short work week. See you all tomorrow for the PuB NiGHT at Dublin Calling Rooftop.

It is finally Friday and it only takes a few more hours till we finally can enjoy the weekend. If you don’t have any plans for the weekend yet, then check out this blogpost for some inspiration!

On Sunday the INTERNeX gang is going to explore Stanley Park by bike. By doing this, we can cover more ground, which means that we will be able to see more of Stanley Park. Besides that you will finally experience Vancouver in the most Dutch way!

If you rather do sports, then the KitsFest is the place to be! This is a 3 day sports festival taking place in Kitsilano. You can do yoga, volleyball, water polo, basketball and many other sports. Besides that there is also a DJ playing music throughout the day. The festival starts today and will take place till Sunday.

This weekend is the opening weekend of PNE. The whole weekend you are able to get in for only $1.50 if you wear red or a Canadian maple leaf and arrive between 11 AM and 1 PM. Normally PNE is pretty expensive, so by going this weekend you will save quite some money. There are also shows, vendor markets and live music, so it is definitely worth checking out!

I hope to see you all at the Stanley Park bike ride!

It is summer in Vancouver, which means that there is a lot going on. So it shouldn’t be too hard to find an activity that fits for you. Here are some suggestions on what you could do during this weekend.

On Saturday the INTERNeX family is going to spend their day at Jericho Beach. First we will have a barbecue (bring your own food) and watch the fireworks at Celebration of Lights after. Celebration of Lights is a fireworks competition that is been held in July and August. It is seen as a must do if you are spending your summer in Vancouver.

If you would rather watch sports then you could watch the baseball game Vancouver Canadians vs. Tri-City Dust Devils on Saturday or Sunday. Before the actual game they will blow you away with fireworks too, so even though you are not going to the Celebration of Lights, you are still not missing out on the fireworks!

Vancouver would not exist without its food scene, so if you want to experience that then you should check out the Columbia Street Food Truck Fest. This is a street festival with around 100 food trucks that takes place in New WestMinister on Saturday. If you actually had enough food this month and would rather work out instead, then you could join the Night Nation Run Vancouver at Saturday. It is 5 km long run that starts at PNE in the evening.

On Sunday there are a few free concerts that you might want to check out! In North Vancouver you can listen to the Beatles tribute band The Day Trippers. Besides that you can also go to Burnaby for a free evening concert.

Have a great weekend and see you at Celebration of Lights event at Jericho beach (4pm Saturday) or next week’s PuB NiGHT!

The weekend is finally here again and it’s time get out of the office to enjoy all of the cool events, activities and much more that Vancouver has to offer. Have a look at these suggestions. 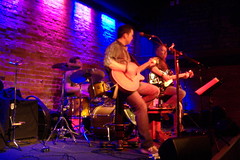 If you’re up for some alternative music you should definitely check out the Accordion Noir Festival. This festival celebrates a wonderful instrument: the accordion. This means that for every concert there’ll always be an accordion. Even if you’re not so much in to this instrument it’s worth checking out a least one concert. Who knows, all of you stereotypical views of the accordion might completely change after a great concert. Click here for more information on the Accordion Noir festival. 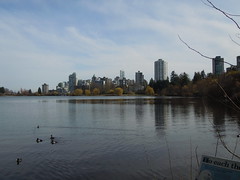 If you really want to get around downtown Vancouver you can choose to hike Vancouver Seawall. Vancouver Seawall is a road specifically designed for cyclists and pedestrians, and it stretches all the way around downtown Vancouver, Stanley Park and even reaches Kitsilano beach park. You can go for a run, take your bike or just walk around this beautiful stretch, where you can also enjoy Vancouver Harbour and English Bay. There’s a lot of attractions and great places to go all the way around the Seawall, so you can always take a little break from your hike and do something completely different. You can get more information about Vancouver Seawall here. 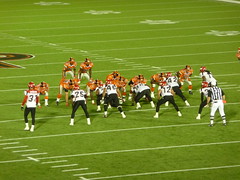 After a good run at the Vancouver Seawall, maybe you want to relax a bit but still enjoy looking at sports. No need to worry… Vancouver has all the sports venues, matches and events you need to get entertained. The hockey season hasn’t started yet but for sure you’ll still have the opportunity to get entertained watching Vancouver’s football team (BC Lions), baseball team (Vancouver Canadians) or soccer (Vancouver Whitecaps). Click here for more information.

Have a joyful weekend!