Only a few more days to go until our trip to Seattle will start! For the people who will join us, we will give some useful information about the trip in this blog post. So if you would like to know what we are going to do then keep on reading!

The trip will start on Saturday at 7:00 am and we will meet and departure from 999 Canada Place in downtown Vancouver. After we are all there we will drive to Seattle and our first stop will be at the Seattle Premium Outlets to shop for some good deals. After the shopping we will arrive in Seattle and check in to our hotel and after that you have the possibility to enjoy free time in the city or to meet our guide for dinner and experience Seattle’s nightlife but keep in mind that the drinking age is 21+!!!

On the second day we will enjoy a breakfast at the hotel and after that we will have a guided tour of Seattle downtown. When the tour is done you will have the option to visit the Space Needle or explore the Museum of Pop Culture. After this we will have some more free time for sightseeing or shopping in downtown Seattle.

When we are all done with shopping and sightseeing we will meet up with our guide again to go back to Vancouver but the plan is to stop close to the border to do some duty free shopping as well. We will arrive back in Vancouver approximately 9:00 pm.

Please also make sure to bring the following items:
• Passport
• Your permit/visa
• US $6,- (for the Border Processing Fee, it needs to be the exact amount)
• Credit card and/or Debit Card
• Cash

We are looking forward to see all of you tonight at Malones for our weekly PuB NiGHT!

So I tried to get this trip going for several years now and it wasn’t until last year I realized this was a possibility due to the fact that I finally had enough money to do it.

So I told everyone back home that I decided go to Canada and work and after waiting what felt like forever to get the visa, I finally left Sweden this June.

The trip was crazy from the get go. Arrived June 10 to Vancouver, I went to the INTERNeX office on June 11 where I met the awesome Timothy who had set me up for two job interviews that day and I got both jobs, and then June 12 I started to work as a Barista at one of the many Coffee shops here in Vancouver. I pretty much worked all summer except for going two trips, one to my friend in Seattle and the other one to go to Toronto. After this everything just went by like a blur and I am still working at there.

Now that you have read everything about my amazing life in its short version, it is time for you to know how amazing INTERNeX has been for me and hopefully for many others. I first had an interview with Timothy before I went to Canada and he pretty much told me everything I needed to know.

Then my second experience with INTERNeX was day after I arrived and they set me up for my job interview and gave me advice on what I need to live in a city like Vancouver. After that I got to meet Amiel and Natasja who were the PR persons at the time and they put on all kinds of events but I mostly only went to the weekly pub nights which were a really fun time. All these events they put on helped me meet so many new awesome people. I also got to see Richmond night market, do Laser Tag and have barbecues and picnics.

We also went to see Celebration of Light, which is a firework competition that takes place every year.
During China’s firework Amiel had brought the classic red cups that you see in American movies and we got stopped by the police because it was so obvious that people were drinking alcohol in those cups and we got to pour it out. Anyway I was just laughing through the whole situation because I thought it was hilarious and then the police decided to ask Chris who sat next to me about who I was. So apparently if you just sit and laugh then will take notice about you even though I was only drinking mountain dew.

That is just one of many experience I have had so far here in Vancouver and I will have so many more because I have just been here 6 months and I still have almost 6 months to go.

This may be one those weird reads for you all because I am writing all this while being hungry and tired and also interrupted by a Skype call from my friend in Florida because it is all in a day of Rasmus. That is probably unneeded information but I will just throw it in there for added personality. #smileyface

So I can’t recommend enough for people to go to Canada to do working holiday or internship because the experience I have had is amazing and I can’t stress enough how much fun you will have with the help of the great INTERNeX.

Much love from the amazing Swede Rasmus.

It’s summer! This is the season to go out and have some fun!
And after listening to your feedback, we’ve put together an Event Calendar just for you.

To see what’s going on with INTERNeX over the next few weeks:

Stay tuned for updates or changes in the calendar.
See you at our next event!

Introducing to you our new practicum student at INTERNeX in Vancouver, Ole!!

my name is Ole and I’m a new intern at INTERNeX in Vancouver and part of the PR-team for the next four weeks.  I’m 21 years old, from a small city in Northern Germany which is called Nordenham.  The last years I did my apprenticeship as an office manager, but now I decided to study tourism. 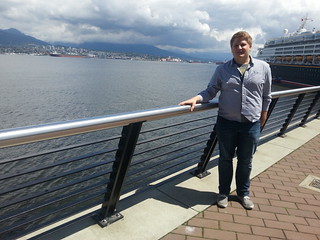 This is my first time in Canada, but I already got a lot of impressive and exciting impressions of Canada because I already arrived one month ago. I really love this country and their people, especially Vancouver. I have never seen a big city like Vancouver which is so close to this amazing nature.

At INTERNeX I am working in the PR Department, so I will be planning the upcoming events like the weekly pub nights or other trips. I will also keep you updated on every social media platforms of INTERNeX about upcoming events and further helpful information like the  ‘Smart Saver’.

I am looking forward to meet all of you at one of the upcoming events and having fun together.

For all those looking for an apartment right now, please double check the ad & apartment before you give any money! 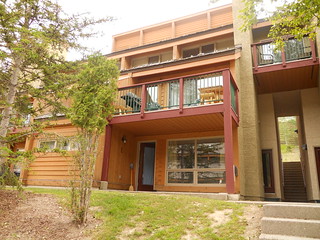 At the moment their are some scammers on craigslist who already scammed people hundreds of dollars! If you are looking for an apartment always have a look at the apartment first before you sign a lease or give any money. If you have to sign a lease and you have a bad feeling, come and see us with the lease. We are more then happy to help you!

This warning is not only for apartments, but for anything you buy on craigslist. Always make sure you see the product before you sign or give any money.

More information about this scam can be found here.